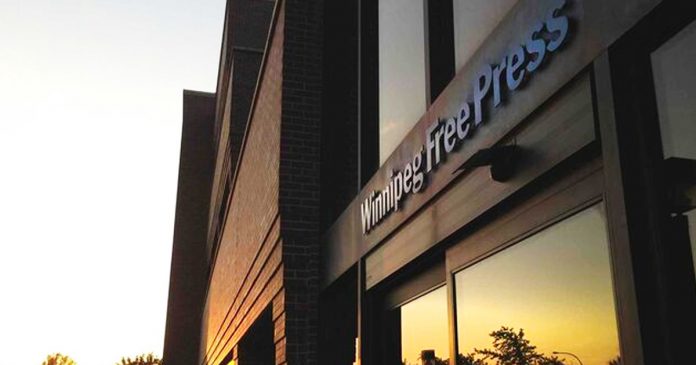 A mainstream media company that once urged the federal government to bailout Canada’s failing news industry received $6.2 million in taxpayer funds from the Liberal government.

According to Blacklock’s Reporter, FP Newspapers Inc, which owns Winnipeg Free Press, the Brandon Sun and a number of other publications, received the sum in the form of pandemic wage subsidies and other media rebates.

When taking into account the company’s income, federal grants made up 54% of the business’ earnings.

“Despite the fact the impact of the COVID-19 pandemic remains unpredictable, we continue to identify and undertake cost reduction initiatives in an effort to address the underlying revenue declines in the legacy print business,” wrote the company in a Financial Statement.

In 2020, Cox was one of the media executives chosen to sit on the $50 million Local Journalism Initiative judging panel which approved organizations for federal grants under the program.

Cox’s paper was among the outlets awarded grants to hire new reporters under the initiative.

According to records, Winnipeg’s Free Press saw an 8% decline in online ad revenue last year and a 27% drop in print ad revenue.

Additionally, FP Newspapers Inc. is not only cashing in on federal subsidies but has recently announced a partnership with Facebook to receive payment for the news content it hosts on the platform.

Under the arrangement, FP Newspapers and 13 other media outlets will be a part of a pilot endeavour where companies will receive an undisclosed amount of money for their content.

Quebec TV show uses children to advocate for arrest of the...