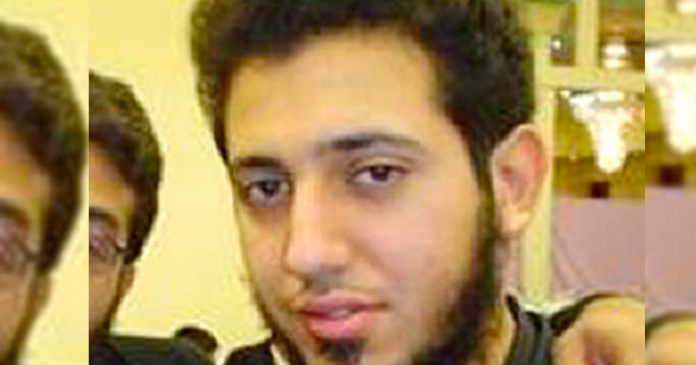 The ringleader of the former “Toronto 18” terrorist group has been denied parole.

At a hearing on Friday, the Parole Board of Canada denied Zakaria Amara’s request for day parole, saying there is not sufficient proof he is fit to be allowed in public.

In their decision, the Board wrote that Amara still requires professional help to “address the future risk of harm related to terrorist activity” and recommends he be transferred to a minimum security institution.

“The Board felt the risk was unmanageable and the risk to public safety was still present,” the Parole Board wrote.

In 2006, Amara and 17 other men were arrested for plotting to bomb various high profile targets in Ontario. The plot was uncovered just before the bombs could be placed.

The homegrown terrorist group was inspired by al-Qaeda and Amara claimed he wanted to “take revenge for Canada’s involvement in Afghanistan.”

The attacks targeted many important locations, including the Toronto Stock Exchange, a Canadian Security Intelligence Service (CSIS) office and a military base. The group ultimately planned to blow up Parliament Hill and assassinate former Prime Minister Stephen Harper.

Another member of the plot, Shareef Abdelhaleem, was granted day parole in December despite objections from his case management team.

The previous Harper government passed a law which allowed the government to strip citizenship from dual citizens convicted of terrorism. As a dual national of Canada and Jordan, Amara was one of those who saw their citizenships revoked.

However, in 2016, the Trudeau government enacted Bill C-6, a bill that protects dual-citizen terrorists from having their citizenship revoked. Shortly after, Amara’s Canadian citizenship was restored.

Todd Loewen says it was a waste of police resources to...