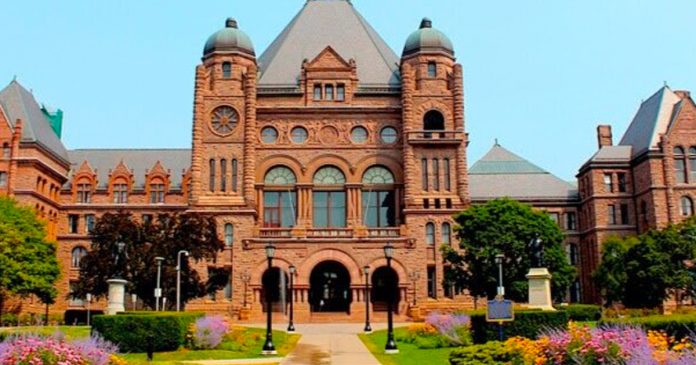 The leadership of Ontario’s Public Service (OPS) believes the province’s civil service is “racist” and built on “white supremacy.”

According to Toronto Sun columnist Brian Lilley, an email was sent to all government staff apologizing for the work culture on Thursday. The email was signed by deputy ministers across the Ontario public service and a third-party report was included.

The head of the OPS Steven Davidson wrote in the email that he was sorry for “racism” within the public service.

“The society we live in – its history, its culture and its institutions – has been shaped by colonialism, slavery, racism and xenophobia,” wrote Davidson.

The third-party report went even further and claimed the OPS was an unwelcoming environment for racialized people.

“Many employees in discussion groups felt that the OPS was a fundamentally racist organization,” said the report. “One employee stated, with the agreement from discussion group participants, that ‘the OPS is a white supremacist organization and those at the top have no real desire to see anything change because it will mean diminished power and control for them.’”

While both the report and Davidson’s email made no mention of the demographics within Ontario’s public service, a recent socio-demographic profile from 2019 suggests the province’s civil service is in fact a diverse body, including at the executive level.

The City of Halifax recently initiated a report as “part of the ongoing efforts to achieve better balance in relation to gender parity” and to “determine if there were barriers inherent in our pay structures that would interfere with our ability to attract and retain female employees.”

The report concluded that no gender pay gap exists in the city’s pay systems.