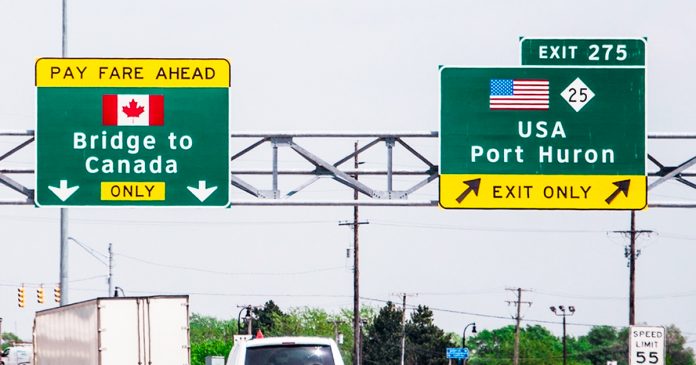 New York Congresswoman and GOP Conference Chair Elise Stefanik has called for the Canada-US border to begin reopening by June 21.

In a letter penned to Homeland Security Secretary Alejandro Mayorkas, Stefanik wrote that Canada’s border restrictions have been largely unfair to Americans, noting that the US allows Canadians much more freedom.

“We should be under no illusion that the current restrictions are either fully synchronized or equitable for U.S. citizens. Canadians have been permitted to fly into the U.S. throughout the pandemic, while Americans remain unable to fly into Canada for non-essential travel,” she wrote.

“Canadians have been able to receive a vaccine when in the U.S., while fully vaccinated Americans are unable even to quarantine on their own properties in Canada, many of which have gone unattended for well over a year.”

As chair of the House Republican Conference, Stefanik is the third highest-ranking Republican in Congress. Her congressional district also covers most of New York’s border with Canada.

Prime Minister Justin Trudeau originally closed the border to non-essential travel on March 16, 2020 and has extended the closure each month since. The current border closure order expires on June 21.

Stefanik went on to ask the Biden Administration to work with Canada to begin reopening the border. If an agreement isn’t reached by June 21, Stefanik argues the US should unilaterally reduce restrictions on their side.

Stefanik is the latest American politician to argue for the Canada-US border to reopen. Elected officials from both parties have noted how damaging Canada’s protracted ban on travel has been for both sides.

Last month, US Senate Majority Leader Chuck Schumer argued the Canada-US border should open soon as residents of both countries have suffered from the closure for too long.

Other members of congress and governors of border states have also argued that both countries need to allow for non-essential purposes like meeting with loved ones.

On Monday, Bloomberg reported that the Trudeau government is preparing to ease Canada’s border restrictions for travellers who have been fully vaccinated.