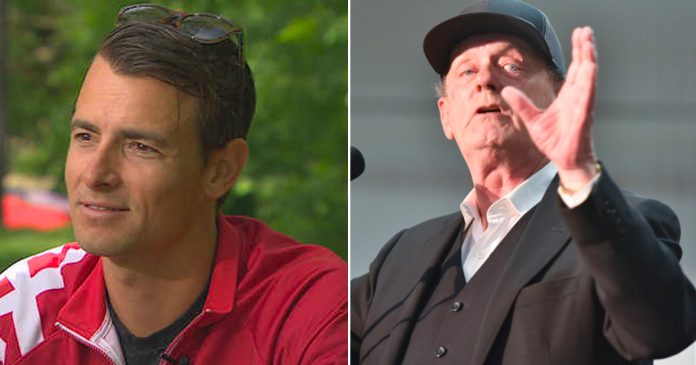 van Koeverden made the comments in a Twitter reply to Murphy’s latest National Post column titled “Why did Yale host a lecture called ‘The Psychopathic Problem of the White Mind’?

In response to van Koeverden’s accusations, Twitter users called the member of parliament out for attacking Murphy for advocating against racism.

Murphy’s column references an incident at Yale University where psychiatrist Dr. Aruna Khilanani gave a lecture in which she said that she fantasized about “unloading a revolver into the head of any white person.”

“I had fantasies of unloading a revolver into the head of any white person that got in my way, burying their body, and wiping my bloody hands as I walked away relatively guiltless with a bounce in my step. Like I did the world a f**king favour,” Khilanani was quoted as saying.

“There are some lessons so fundamental, so deeply true, that they can never be superceded. And one of them has been learned by most people, and by most people abided and that is: Do not make judgements on people based on their skin colour. That’s the basic lesson,” Murphy wrote in his column.

This is not the first time that Murphy has been targeted by the government over his views. As reported by True North in December, an anonymous user on a Government of Canada computer edited his Wikipedia page to label him a “climate change denier.”

The change was logged by the Government of Canada Wikipedia edits’ Twitter account, which is a bot that tracks anonymous edits made by accounts with various federal department IP addresses.

The IP address involved in the incident reportedly belongs to the federal department of Shared Services Canada.