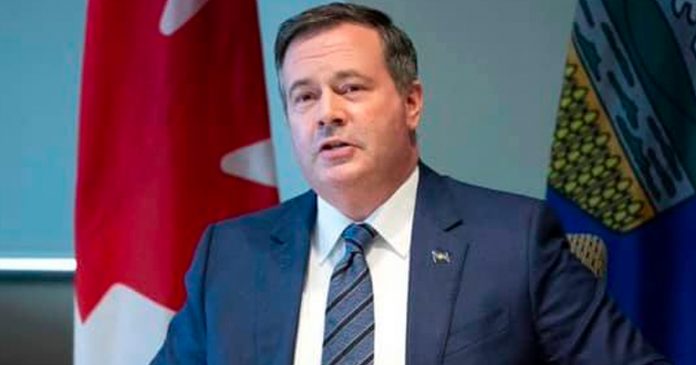 Alberta Premier Jason Kenney defended his government’s decision to invest in Keystone XL after the Biden administration killed the project.

At a press conference Thursday, True North’s Andrew Lawton asked Kenney to comment after the Alberta NDP said the decision to invest in Keystone XL amounted to “mismanagement and complete incompetence.”

Kenney said the NDP is fundamentally an anti-pipeline party, and did nothing to advocate for pipelines when in power.

“The NDP government did nothing to fight back when Justin Trudeau effectively killed the Energy East pipeline and so it’s not surprising that an anti-pipeline party would be opposed to a government trying to build pipelines.”

On January 20, 2021, President Joe Biden revoked approval for the project, putting doubt on the future of Keystone XL.

On Wednesday, TC Energy officially terminated the Keystone XL Pipeline Project. The pipeline extension would have built upon existing infrastructure to transport 830,000 barrels of oil from Hardisty, Alberta to Steele City, Nebraska. The project had a price tag of approximately US$8 billion.

Last year, Alberta invested $1.5 billion into Keystone XL to get the project started. At that time, the Trump Administration had given approval for the expansion.

With the project terminated, the province estimates it will lose $1.3 billion of its investment.

Kenney says that it was the duty of his government to see its principal industry succeed, adding that the investment would have been successful if it had not been cancelled by the United States.

“That meant going to the wall, that meant taking risks, it meant being proactive, it meant not surrendering to the campaign by foreign funded green-left pressure groups to landlock Canadian energy,” he said.

“We made a strategic decision to invest in the project to keep it alive so it could move forward. Ultimately, of course, Albertans don’t control American electoral outcomes or the decisions of American administrations.”