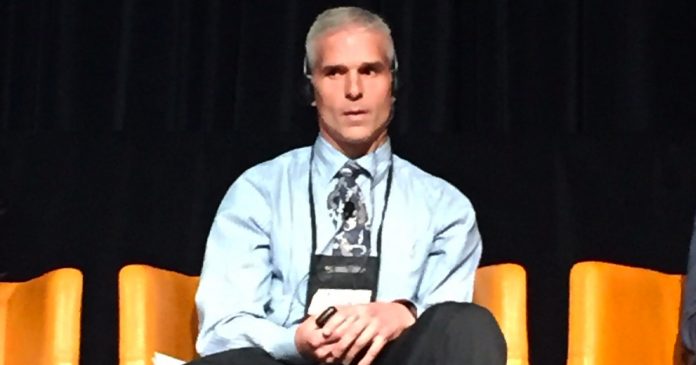 Another Canadian physician is being punished by local health authorities for the crime of questioning public health officials.

According to CTV News, Dr. Chris Milburn was sacked from his three-year post as the department head of emergency medicine for Nova Scotia’s eastern zone after giving a critical interview where he challenged school closures and the “de-facto rule” of public health decision-makers.

Milburn made the comments during a local radio interview which aired on June 10, 2021.

“The decision to cancel in the first place was unjustified in my estimation. There were actually groups of pediatricians, physicians both in Canada and elsewhere that put out statements basically saying that it was a very bad idea to take kids out of school. When we do that it shows a complete lack of understanding of COVID,” Dr. Milburn told Cape Breton with Steven Sutherland.

“Most civilized places in the world left young kids in school all through this. My problem with it is number one: it’s completely unscientific, political and crass, to make it look like we’re doing good things. And number two, it’s harmful for the poorest kids.”

Millburn went on to criticize Nova Scotia Premier Iain Rankin for allegedly “inexcusable” comments he made when suggesting that the virus doesn’t discriminate by age. According to Millburn, the science indicates that COVID-19 affects the elderly significantly more than the youth.

True North attempted to contact Dr. Milburn for comment on his dismissal but did not receive a response by the time this article was published.

During the interview, Millburn also highlighted how emergency powers were a “favourite trick of tyrannies everywhere” and pointed out how some Nova Scotia public health officials seem to be enjoying their newfound powers.

“I would suggest that it’s a benefit to many people. Many people like power. I think there’s a number of people in power in the public health realm who are quite enjoying being in the limelight and are quite enjoying having de facto rule over our province right now and that’s not easily given up. People don’t give up power easily enough,” said Milburn.

Soon after the interview, Nova Scotia’s chief medical officer of health Dr. Robert Strang responded to the interview saying that Milburn should focus on his own area of medicine instead of interfering with public health officials.

“I think he’s had a strong response from the community in Cape Breton,” said Strang.

Milburn is not the only physician to be reprimanded by public health authorities in recent months. As exclusively reported by True North, a Lytton, BC physician was also removed from an emergency hospital shift by the Interior Health Authority after writing an open letter to the province’s chief medical officer highlighting adverse vaccine reactions he allegedly witnessed among his patients.

The Interior Health Authority has since refuted Dr. Charles Hoffe’s claims and has said that physicians who contradict public health officials could face disciplinary actions.