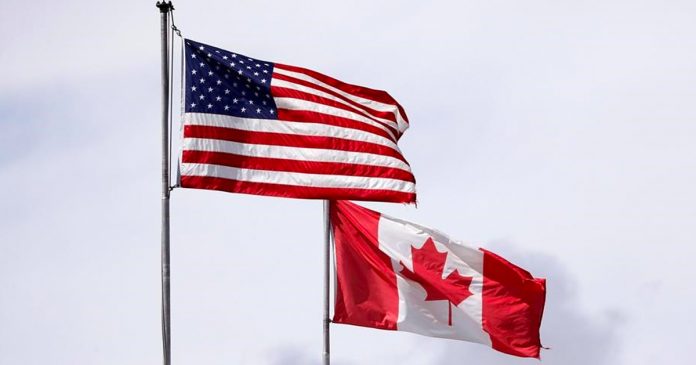 US Congressman Brian Higgins (NY-D) had some harsh words for the Trudeau government when he learned the Canada-US will remain closed for another month.

On Friday, Public Safety Minister Bill Blair announced the border closure for non-essential travel would be extended until at least July 21. The border has been closed since March 16, 2020.

Higgins, who represents the border cities of Buffalo and Niagara Falls, took to Twitter to say the decision is harmful and disrespectful to residents of both countries.

“There’s no other way to say: another month’s delay is bulls–t,” tweeted the congressman.

At a press conference on Friday, Higgins continued to slam the closure, saying the decision does not follow the science on COVID-19.

“There’s no other word for it other than this is disrespectful toward the people of the United States and Canada not to offer a vision of what you’re going to be doing over the next 30 days to try to develop an opening plan,” he said.

“Nobody’s suggesting that this be done arbitrarily, even though they did that for hockey players. We’re asking that we do a successful and safe opening by following the science.”

In a release, Minister Blair said the closure is still needed to protect Canadians from COVID-19, but added that some select types of travelers may be allowed before July 21.

The border closure has united both Democrats and Republicans, with prominent members of both parties blasting the Canadian government for keeping the world’s longest international border closed.

“Instead of endless delays and confusion, we need a concrete plan, based on science and facts, to reopen the northern border for vaccinated individuals,” Schumer said.

“I’ll continue to work with stakeholders on both sides of the border and won’t rest until the northern border is safely and effectively opened for vaccinated New Yorkers.”

Republican Caucus Chair Elise Stefanik condemned President Joe Biden for not pushing harder for a reopening plan. Stefanik previously said that if the two countries do not find a reopening deal the Biden Administration should unilaterally reopen its side of the border.