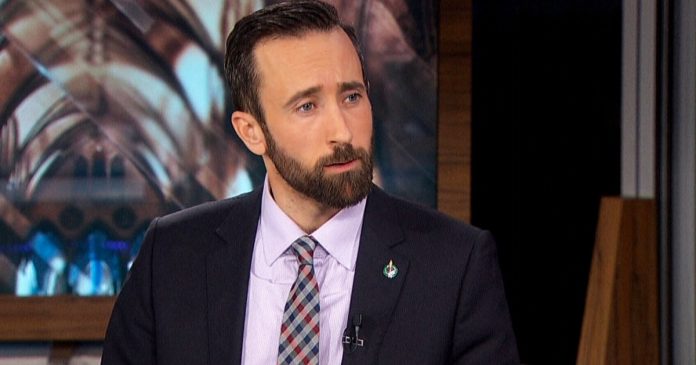 During the conference, Sloan appeared with a number of medical health professionals who detailed ongoing attempts to silence and reprimand them for speaking out against the prevailing COVID-19 narrative.

“Mr. Speaker, last week I hosted a Parliamentary press conference on the censorship of Canadian doctors and medical experts. Their testimony was truly shocking. Unfortunately, Facebook stopped my livestream in mid-conference. Despite this, the full press conference is now the most viewed video in history on CPAC‘s YouTube channel, with over 500,000 views,” said Sloan.

“However, on Facebook and Twitter, they’re still restricting the sharing of this video on their platforms. Given the importance to democracy of Canadians seeing official parliamentary functions, does the minister denounce this censorship by Big Tech?”

In response to Sloan being censored, Liberal MP Jennifer O’Connell implied that Sloan was spreading “misinformation” by hosting the event.

Eventually Sloan rose in the House of Commons on Tuesday to introduce his motion calling on the government to stand against social media censorship by tech giants.

“The Government must strongly defend the rights of parliamentarians against the outside interference of social media companies such as Facebook and Twitter and (b) call on the Government to recognize that any potential suppression of information or censorship of parliamentary events such as official press conferences can not be allowed to happen, and to officially sanction Facebook and Twitter for their actions,” Sloan’s motion read.

The motion did not receive the unanimous consent required for it to pass after a fellow MP rose to reject it.

Sloan also held a separate press conference earlier this week on the Liberal government’s conversion therapy bill, C-6. Sloan appeared alongside mental health professionals and other witnesses to speak out against the legislation’s passing.

According to Sloan and others, the broad definition of conversion therapy would target practitioners, particularly faith-based ones, whose therapy may not seek to change sexual orientation but might discourage certain sexual behaviours.