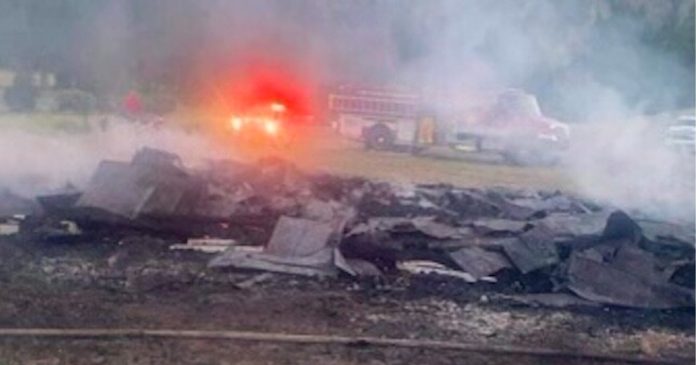 Two Catholic churches in the Similkameen region have been destroyed by fires, bringing the total number of church fires in BC to four in the past week.

According to the Lower Similkameen Indian Band, St. Ann’s Church near Hedley and the Chopaka Church near Keremeos were both burned to the ground early Saturday morning.

The fires come less than a week after two other Catholic churches were torched in the Penticton and Osoyoos areas.

In a statement to the media, Lower Similkameen Indian Band Chief Keith Crow said that a cause has not yet been determined but he believes the fires were started intentionally.

“We do have devout Catholics within our nation, and people who still practise, and I support them just like I support everybody else,” he said.

“It’s under investigation at this point, until we know more. There’s not much I can say, but I’m not happy,” said Crow.

Chief Crow fears someone burned down the churches due to the apparent discovery of human remains at the nearby site of the former Kamloops Indian Residential School.

The residential school was operated by the Catholic Church until its closure in 1978. A report from the company doing the investigation is expected to be released this month.

Days earlier, the Cowessess First Nation in Saskatchewan claimed that 751 bodies were buried at their former residential school.

“I don’t condone this at all. I support all my members, regardless of their religion and what their beliefs are. I hope, in the long run, these individuals do get caught. This is unacceptable.”