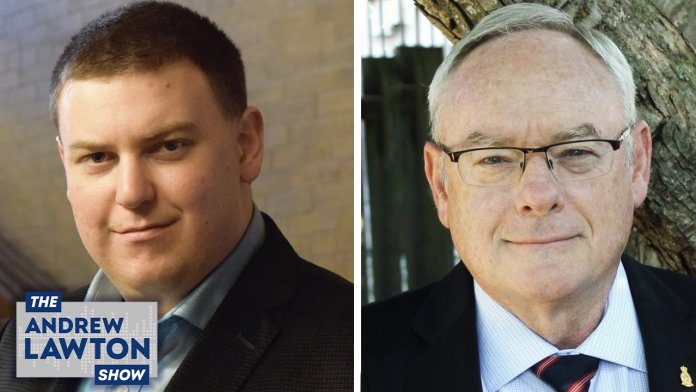 As Kingston city crews were removing a statue of former prime minister and Kingston member of parliament John A. Macdonald, two veterans stood at the site holding Canadian flags as a sign of protest. One of them, Gordon Ohlke, joined The Andrew Lawton Show to explain why he decided to take a stand.

Watch the full episode of The Andrew Lawton Show