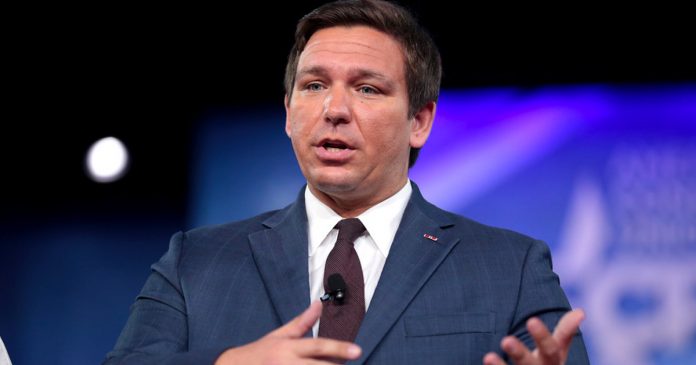 Florida Governor Ron DeSantis cited Canada as an example which he didn’t want to model his state’s pandemic response to.

Speaking to Fox News’ Mark Levin, DeSantis defended his early opposition to COVID-19 lockdowns, noting that if he had not, Floridians would have little freedom and a crippled economy like in Canada.

“We were the leading state fighting against coronavirus lockdowns,” DeSantis said.

“I believe had Florida not done that, you would see the other states to have followed Canada, for example, [which] is still locked down.”

DeSantis credits his opposition lockdowns to have inspired other states to reopen and abandon more controversial public health measures.

From early on in the COVID-19 pandemic, Florida decided to enact few public health restrictions and chose to reopen faster than most states. In terms of cases, Florida has largely done better than many states.

In Canada, most residents have been barred from travelling, gathering in groups or practicing regular religious services for over a year. Constant lockdowns have also had a devastating impact on the economy, leading to businesses failing and skyrocketing debt.

In May, DeSantis signed a bill banning “vaccine passports” and other local orders that make vaccination required in unnecessary situations. Multiple other states followed, ending the possibility of a nationwide vaccine passport in the United States.

DeSantis believes that many within the bureaucracy wanted a Canada-style lockdown, and it took the governor of the third-largest state to dissent to stop them.

“I think that’s what a lot of these bureaucrats wanted to see in the United States. And we made sure that we lead in a different direction,” he said.

“You just have so many threats to freedom nowadays. And what we’re doing is we’ve essentially, ‘Katie, bar the door’ to protect Floridians and to protect their freedoms and opportunities. And you see it in a number of different ways.”