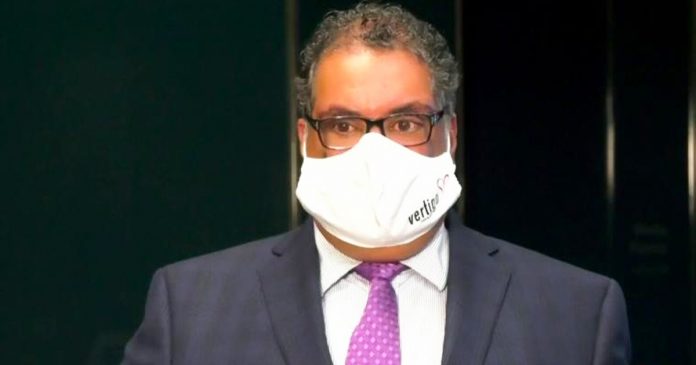 On Monday, Calgary city councillors voted to repeal their local mask bylaw after pushback from residents.

The decision to repeal Calgary’s mask bylaw passed in a 10-4 vote by City Council, however, a decision by Councillor Druh Farrell to withhold her consent for a third reading of the bylaw forced Council to return for a special meeting later on Monday evening where the bylaw was eventually fully repealed.

Once the order goes into effect, Calgarians will only be required to wear masks on public transit, while ride-sharing or riding in a taxi and in city facilities.

Originally, Calgary Mayor Naheed Nenshi declared that masks would be mandatory in the city until at least the end of 2021 flouting provincial health guidelines which lifted mask requirements for the entire province of Alberta on Canada Day.

At the time, city officials claimed that the provincial guidance “does not eliminate the need for a municipal bylaw.”

“We here at the City of Calgary have to make a decision for Calgary, based on the very local issues here and based on the outbreaks, variants and neighbourhoods here,” said Nenshi at the time.

A petition by the Alberta Institute calling for Calgary to end its mask mandate in line with provincial regulations received a total of 12,800 signatures from local residents.

“Governments have massive powers to impinge on citizens’ freedoms, but to do so they must be able to provide evidence that any intervention is justified. That is simply not the case anymore,” the Alberta Institute wrote.

“The vulnerable have received both doses, most Calgarians have received a first dose (a higher percentage than elsewhere in the province, in fact), and cases and hospitalizations have plummeted.”

As of July 5, 73.1% of Alberta’s eligible population has received at least one dose of a COVID-19 vaccine, while 44.8% of eligible people have been fully vaccinated against the virus.