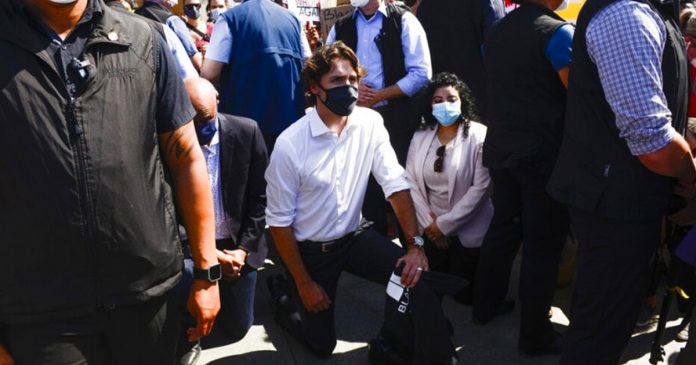 The Trudeau government plans to launch a national ad campaign to lecture “non-racialized Canadian middle-aged adults” about systemic racism, as part of its anti-racism strategy.

The marketing campaign will cost taxpayers $3.3 million. The Canadian Heritage department says the project is set to launch later this year.

The government’s marketing campaign will target so-called “racism hot spots” in Canada, which include places such as Hamilton, Thunder Bay and the province of Quebec. The government says these locations are being targeted because of a high volume of police-reported hate crimes.

According to the government’s procurement notice, the campaign’s goal is to have more Canadians fighting systemic racism by raising awareness through marketing, social media and public engagement.

“In this COVID-19 context, Canadians are face-to-face with a unique opportunity to reimagine the social contract in ways that place anti-racism, equity, reconciliation and human rights at the heart of the recovery process,” the documents read.

The government’s marketing campaign comes in light of a recent poll by Angus Reid, which revealed that a clear majority of Canadians reject the notion that Canada is a racist country.

Ever since the death of George Floyd in Minneapolis, politicians across Canada have lectured Canadians about systemic racism.

In April, a True North review found that 15 of Canada’s largest cities and towns have made a declaration in some form or another that they are systemically racist institutions.