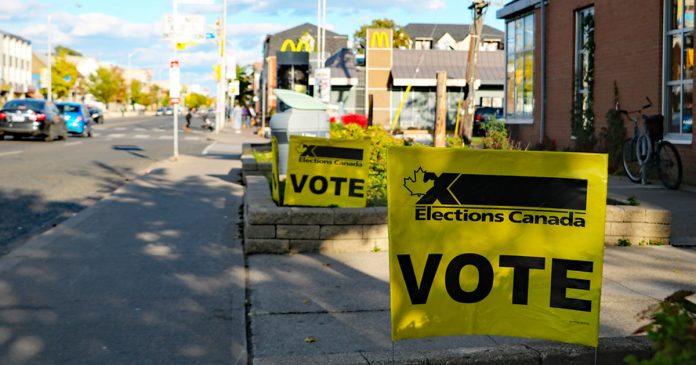 Canadians should be on alert for foreign interference in the upcoming election, according to the Canadian Security Intelligence Service (CSIS).

In its special report on foreign interference threats, CSIS believes foreign actors may attempt to blackmail and threaten voters and politicians to influence the outcome of the upcoming federal election.

“State actors may use threats, bribery or blackmail to affect the voting behaviour of individuals inside or outside of communities,” reads the report.

“Individuals may be threatened or fear reprisal for themselves or their loved ones in Canada or abroad if they fail to comply with publicly supporting a particular candidate or contributing funds to the foreign state’s preferred party.

“While state actors may use coercive techniques to achieve their objectives, they may also use flattery, promise compensation, or appeal to an individual’s sense of pride towards another country to elicit the desired behaviour.”

CSIS warns that foreign actors may also attempt to influence MPs and their staff through romantic affairs.

“These relationships enable the manipulation of targets when required, for example, through requests for inappropriate and special ‘favours,'” warns CSIS.

“The individual may also be able to hinder or delay initiatives that are contrary to the foreign state’s interest.”

CSIS’ report follows a similar warning from another government body, the Communications Security Establishment (CSE). The CSE believes Canadians are likely to encounter efforts by foreign actors, namely Russia, China and Iran, to influence or interfere with their vote in the next federal election.

According to the CSE, Canada is a potential target because of its active role on the world stage and that foreign actors have the tools, capacity and understanding of Canada’s political landscape to take action in the future “should they have the strategic intent.”