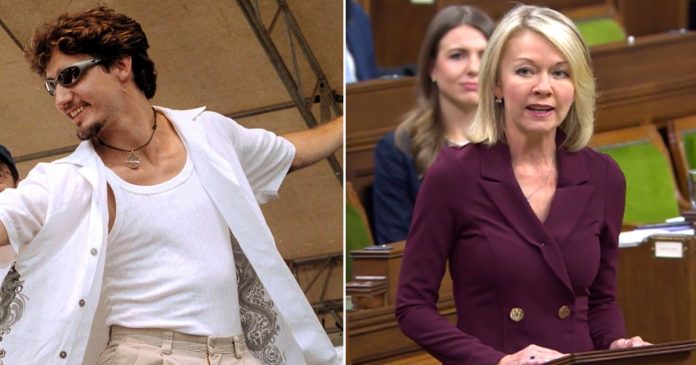 On Wednesday, multiple media outlets reported on how Trudeau was “deeply disappointed” by the Montreal Canadiens’ decision to draft Logan Mailloux.

Mailloux was charged after taking a photo of an 18-year-old woman during a consensual sexual encounter in Sweden and sending it to his teammates without her consent. Mailloux has since publicly apologized and requested that no NHL teams draft him.

In a series of tweets, Bergen pointed out how in the mainstream media’s coverage of Trudeau’s reaction to the incident, none of the media outlets acknowledged the prime minister’s past transgressions with women.

“[It’s] unbelievable to watch the media in Canada. Both women and men in the media continue to provide cover for Trudeau on his treatment of women by refusing to ask him about how he’s groped women,” the Manitoba MP tweeted.

Bergen proceeded to call out a number of mainstream media outlets and journalists, including the Winnipeg Free Press, CTV News, CBC News and Global News.

“Hey @CBCCanada – why are you running interference for Trudeau? Why not mention that he was accused of groping a woman? Relevant to his sincerity, no?”

In the article, Trudeau is quoted saying, “I’m sorry. If I had known you were reporting for a national paper I never would have been so forward.”

When the allegations resurfaced in 2018, Trudeau said, “I apologized in the moment because I had obviously perceived that she had experienced it in a different way than I acted or I experienced it.”

In recent years, despite Trudeau’s claim that he is a “male feminist,” a number of Liberal MPs and staff have been accused of inappropriate behaviour, sexual harassment or other predatory behaviours towards women.