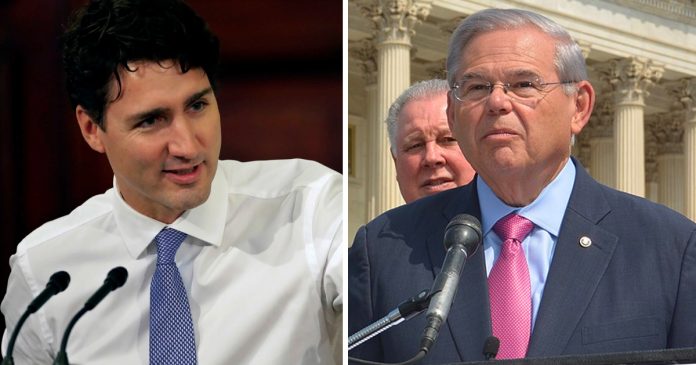 US Senator Bob Menendez (D-NJ) chastised the Trudeau government for not speaking out enough about the ongoing human rights abuses and political upheaval in communist Cuba.

While addressing a recent statement by US Secretary of State Anthony Blinken which condemned the Cuban government’s actions with regard to democratic protesters, Menendez noted Canada’s “absence” on the international stage.

“I am proud to see Secretary Blinken and the administration make that happen. I applaud those governments that joined Secretary Blinken, but I also note the absence of those, including Canada and Spain and the European Union,” said Menendez in the US Senate on July 28.

“Does Canada place more priority on mining investments than it does on fundamental freedoms? I would hope not.  These universal principles should unite all of us.”

In response to a request to condemn the Cuban government, Trudeau didn’t have an unkind word to say about the communist regime saying that “Canada has always stood in friendship with the Cuban people.”

While the United States placed sanctions on a number of Cuban government officials, Liberal Foreign Affairs Minister refused to say whether the Canadian government would be doing the same.

Trudeau’s tardiness with regard to condemning Cuba and other communist regimes is nothing new considering his past praise for Cuban dictator Fidel Castro.

Upon the death of Castro in 2016, Trudeau gave a glowing eulogy to the brutal dictator saying that he was a “legendary revolutionary and orator” who “made significant improvements” to his country.

Others including NDP Leader Jagmeet Singh have also had glowing words to say about Cuba’s communist regime and Castro in the past.

“While the Cuban people have taken to the streets to demand democratic freedoms, and basic necessities like food, water, and medicine, the leaders of Canada’s left-wing political parties have remained silent.”

“The silence of these individuals, some of whom have praised the brutal dictators of the Cuban regime before, speaks volumes. Actions and words matter, especially when it is politically inconvenient to do so.”