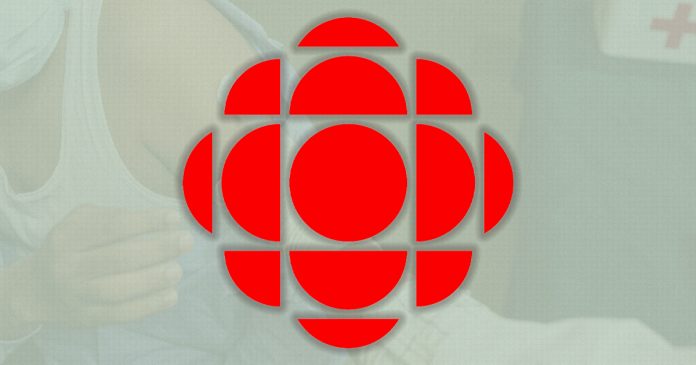 A CBC News report on Prime Minister Justin Trudeau’s announcement that his government would pursue making vaccines mandatory for federally-regulated industries omitted the fact that the mandate would also apply to First Nations bands and services.

“The prime minister also said the government is looking into making vaccines mandatory in federally regulated industries, such as the airline, banking and rail sectors,” the article said.

In an email to True North, a CBC spokesperson said the article merely highlighted “some” affected areas.

“The story was a very broad overview of a new proposal, and highlighted some areas but obviously not every area. As this story continues to unfold and policies firm up, we will report on potential impacts where relevant,” CBC spokesperson Chuck Thompson said.

During his announcement last week, Trudeau urged those “hesitant” about the COVID-19 vaccines to get vaccinated anyway.

“It’s time for people to get vaccinated, and for those who are hesitant to go and get their first and second doses,” said Trudeau.

“That’s why I’ve asked the clerk of the Privy Council, who is responsible for the federal public service, to look at mandatory vaccinations for federal employees.”

According to official statistics, Indigenous Canadians have the second highest rates of vaccine hesitancy. Statistics Canada data shows that only 71.8% of Indigenous are willing or very willing to take a COVID-19 vaccine. The only other group to have a higher rate of vaccine hesitancy were black Canadians with only 56.6% reporting that they would take the COVID-19 vaccine.