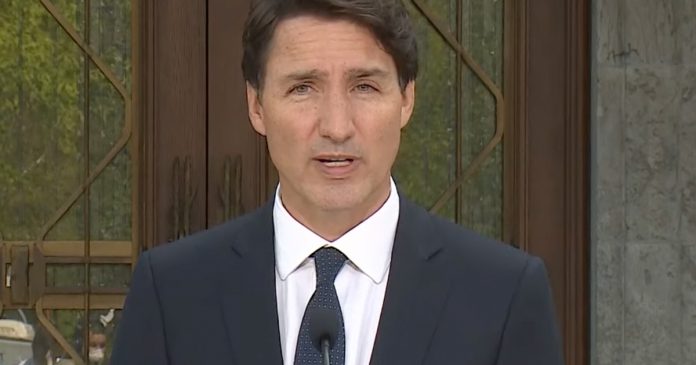 Trudeau made the announcement on Sunday, stating that Canadians can expect to head to the polls by September 20.

“I have just had a talk with our Governor General and she has accepted my request to dissolve Parliament. Canadians will therefore vote on September 20th,” Trudeau said at a press conference at Rideau Hall.

“After making it through 17 months of nothing like we’ve ever experienced, Canadians deserve to choose what the next 17 months and 17 years and beyond will look like.”

While parliament was still in session, Trudeau insisted on several occasions that he was not interested in holding an election during the COVID-19 pandemic and suggested that opposition parties like the Conservatives would force his hand.

“Our priority as a government is going to be helping people get through this pandemic and I hope the different opposition parties will help us … it’s not in our interests to have an election, people want us to work together to help them,” said Trudeau in February.

Additionally, Trudeau stated in a year-end interview with CBC’s Rosemary Barton that he was “not eager for an election” and that winning another mandate was “not our focus right now.”

In reality, having survived several votes of non-confidence this year, the decision to force Canadians to the poll was the prime minister’s alone.

Canadians can expect COVID-19 management and the state of Canada’s finances to be some of the top issues during the 2021 election.

Debates around the path to economic recovery and the Liberal government’s recent attacks on free speech like the anti-internet legislations, Bill C-10 and Bill C-36, will also likely rear their head in the next few weeks.

To date, the Liberals have been leading the polls ahead of the Conservatives but some signs point towards voter dissatisfaction with the prime minister’s performance.