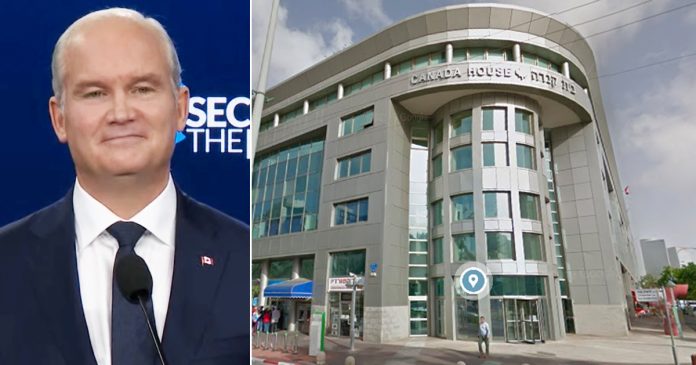 Conservative Party Leader Erin O’Toole revealed on Monday that if elected prime minister, he would move Canada’s embassy to Jerusalem and officially recognize the city as Israel’s capital.

The promise was part of the Conservative’s newly unveiled 160-page election platform.

“Canada’s Conservatives will always support Israel’s existence as a sovereign democratic Jewish state with the right to self-determination and to live in peace and security,” the platform reads.

“(Canada’s Conservatives will) recognize Jerusalem as the capital of Israel and move the Canadian embassy to Jerusalem.”

On Sunday, Liberal Party Leader Justin Trudeau officially called the 2021 election, forcing Canadians to go to the polls in the midst of a pandemic.

O’Toole’s call echoes a similar promise by former Conservative Party leader Andrew Scheer who also pledged to move the embassy during the 2019 election.

Currently, the Embassy of Canada to Israel is located in Tel Aviv. In 2019, Trudeau refused to pledge to move Canada’s embassy to Jerusalem following a decision by former US president Donald Trump to do so.

Following Trump’s official recognition of Jerusalem as Israel’s capital, the Trudeau government voted against its long-standing ally in the UN Security Council.

“I have always been very clear: our embassy will stay in Tel Aviv,” said Trudeau at the time. “We do not believe that actions like this are useful.”

The Conservative platform also promises to reverse course on Liberal policies which single out Israel in the international community.

Last year, Jewish organizations accused the Trudeau government for backing an anti-Israel vote in favour of Palestine. Critics argued that the vote’s framing was one-sided and failed to affirm Jewish self-determination.