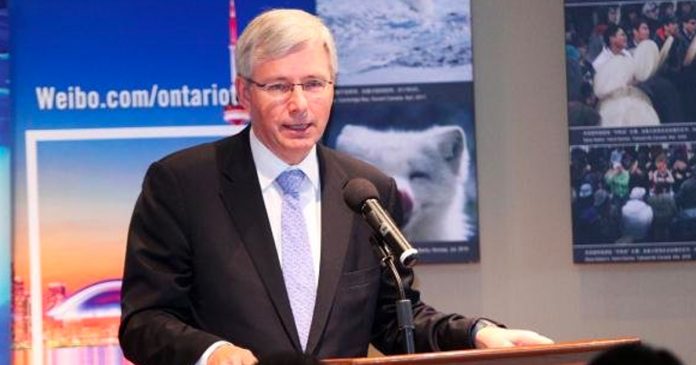 A former Canadian ambassador to China called on the incoming government to take a tougher approach to combat China’s “thuggery” following the 2021 election.

Guy Saint-Jacques who was Canada’s ambassador to China from 2012 to 2016, made the comments in an op-ed penned for the Globe and Mail on Tuesday.

“Ottawa needs to adopt a more robust strategy to counter China’s attack on international law and norms, as well as its interference and spying activities in Canada. The electoral campaign offers an opportunity to ask political parties how they envisage future relations with China,” wrote Saint-Jacques.

“Let’s hope the new government elected on Sept. 20 will quickly produce a new engagement strategy with China that opposes its thuggery and meets the expectations of Canadians.”

The op-ed comes following a series of harsh court decisions handed down by the Chinese government onto several Canadian citizens, including Michael Spavor and Michael Kovrig.

Recently, Spavor was sentenced to 11 years in prison on trumped up espionage charges. Meanwhile, Kovrig was tried before a Chinese court to which Canadian diplomats had no access. China has stated that a verdict regarding Kovrig’s espionage charges would arrive at a later date.

Both Canadians were arbitrarily detained by Chinese authorities in 2018 following the arrest of Chinese heiress and Huawei CFO Meng Wanzhou by Canadian authorities in Vancouver.

Wanzhou is wanted by the US for breaking various sanctions on Iran and other related wire fraud charges.

In recent weeks, China also upheld a death sentence conviction for Canadian citizen  Robert Schellenberg who was convicted by Chinese authorities of smuggling drugs. Additionally, three other Canadians are on death row in China and are being denied consular access.

“Knowing China has used hostage diplomacy with increasing frequency in the past 15 years, and following the adoption of the Declaration Against Arbitrary Detention in State-to-States Relations in February, Canada should agree with its allies on a common strategy, including sanctions, that would be applied against China if it dares to take people hostage again,” wrote Saint-Jacques.