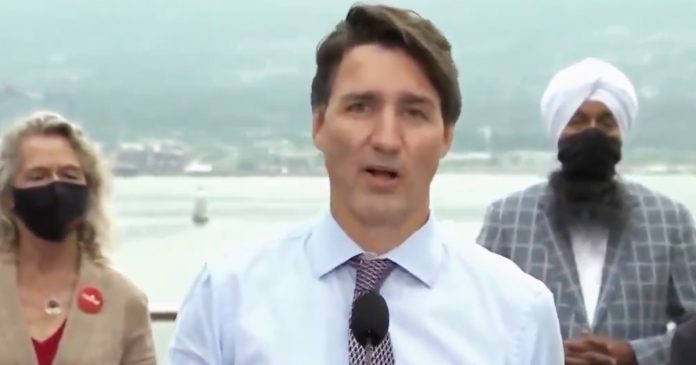 Trudeau made the statement while at a BC campaign stop in response to a reporter’s question on inflation rates and the Bank of Canada.

“You mentioned the Bank of Canada’s mandate. That mandate is actually expiring at the end of this year. If re-elected, it’s probably the review or the extension of the mandate is probably the first big economic policy decision you’d make after the election,” inquired the reporter.

“Do you have a position on the mandate? Would you support a slightly higher tolerance for inflation?”

Trudeau’s comments were quickly picked up and ridiculed on social media.

Conservative candidate Pierre Poilievre took a jab at Trudeau on Twitter singling out the Liberal leader for not sharing the concerns of Canada’s working class.

“Justin, Of course you don’t think about monetary policy… or fiscal policy… or anything else. You know who does think about these things? The working class people whose cost of living you are ballooning with inflationary deficits,” tweeted Poilievre.

According to recent polls, Canadians favour the Conservatives over the Liberals when it comes to taking charge on economic issues and government finances.

An Angus Reid Institute survey from August 5, 2021, found that Conservative Party leader Erin O’Toole came out on top over other party leaders on issues such as the federal deficit, the economy and energy or natural resources.