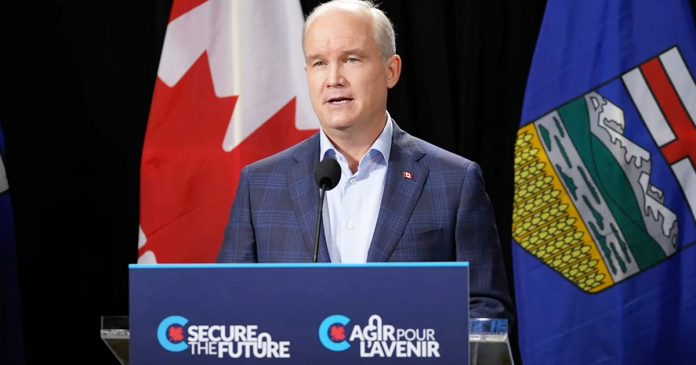 Conservative Leader Erin O’Toole continues to be the first choice among Canadian voters when it comes to leading the economy out of the pandemic, recent polling shows.

According to the latest poll by the Angus Reid Institute, 41% of voters think that the Conservatives and O’Toole would be the best suited to handle growing the economy post-pandemic.

“If this were a campaign entirely centred on post-pandemic economic growth, Erin O’Toole would be in a relatively advantageous position,” wrote Angus Reid researchers.

“The Conservatives have been more concrete about their economic plans than the Liberals in the campaign’s early days. O’Toole’s party has promised to recover the one million jobs lost since the beginning of the pandemic within one year.”

The online survey was conducted between August 14-17 and included a randomized sample of 1,614 Canadian voters who were members of the Angus Reid Forum.

In comparison, a similar poll would carry a margin of error of +/- 2.5 percentage points.

When it comes to the economy, only 36% of Canadians said they would trust the Liberals to handle the country’s finances in the post-pandemic future.

Despite the Conservative’s advantageous position on economic matters, the Liberals continue to lead in Canadian voting intentions.

The poll found that 36% of people would vote for the Liberals while 30% stated that they would be voting Conservative. Meanwhile, the NDP remains behind at 20% of the vote.

Angus Reid’s findings seem to corroborate a past poll finding O’Toole led on issues like the deficit, the economy, and energy or natural resource issues.