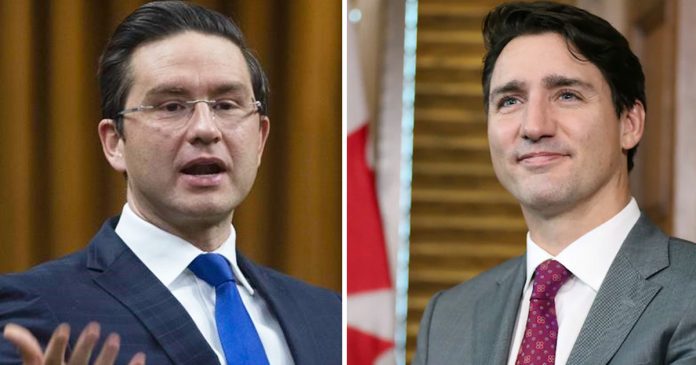 Justin Trudeau’s decision to pay the nation’s debt with printed money has led to skyrocketing inflation, according to the Conservative Candidate for Carleton Pierre Poilievre.

Poilievre released a video on social media reacting to the Statistics Canada report, which indicated inflation in July was 3.7%— almost double the 2% target.

“This is the fourth month in a row that inflation has been outside of the 2% target and even outside the acceptable range of 1% to 3%,” said Pierre Poilievre.

Inflation is an increase in the price level of the goods and services that the average household buys. This rise in inflation means that Canadians have to pay more for necessities.

In July, prices rose faster in every province, although some provinces suffered more than others. According to the Statistics Canada report, Alberta experienced an increase in electricity price of 25.1%, which is “the largest monthly increase since July 2015.”

The homeowners’ replacement cost index, which is related to the price of new homes, rose at its fastest rate since 1987. The prices for durable goods increased at a faster pace in July, with “the purchase of passenger vehicles index” contributing most to the increase.

The prices of everyday goods have all increased significantly— some at a faster pace than ever before. Food prices increased 1.7% in July 2021 compared with July 2020.

Poilievre said Canada’s growing inflation rate “is the result of the Trudeauian idea that you can simply create cash, buy things for government with it without any consequences for the people.”

The Trudeau government has created a monumental deficit of over $350 billion with no plan to rein in spending or balance the books. As a result of Trudeau’s spending, Canada’s debt is now over $1 trillion.

According to Poilievre, Trudeau’s decision to “flood the economy with cheap cash” has caused there to be “too many dollars chasing too few goods and services,” bidding up the price of everything.

On Wednesday, when asked about inflation rates and the Bank of Canada, Trudeau said doesn’t “think about monetary policy” when it comes to managing Canada’s economy.

In response, Poilievre said we must scrap “Trudeau’s plan to borrow forever” and “unleash free enterprise.”