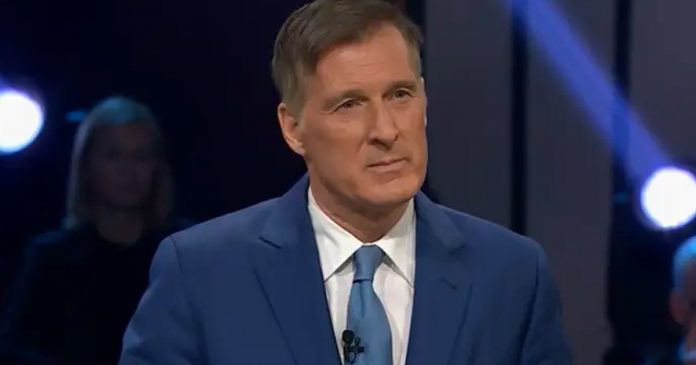 To be eligible to participate in the debate, a party leader must either have at least one MP in the House of Commons, have a national support level of at least 4%, five days after the date of the election call or have received at least 4% of the vote in the 2019 federal election.

The PPC garnered 1.64% of the vote in 2019 and currently has no MPs in office, but they came extremely close to the 4% cut-off. The debates commission calculated the PPC’s average level of national support at 3.27%. A recent poll by Mainstreet Research shows the PPC polling at 6.6% — surpassing the cut-off.

Bernier also faced an uphill battle to get included in the 2019 debate as he was initially excluded then. The decision was eventually overturned after the debates commission factored in the PPC’s party membership and fundraising activity.

Bernier believes the PPC was excluded from the debate because of how the legacy media portrayed the party in recent years. He says the media has portrayed the PPC as “racist and intolerant” and has not included them in their daily coverage.

The “independent” and “non-partisan” Leader’s debate Commission is led by former Governor General David Johnston. The seven-person commission advisory board also contained WE charity leader and liberal party donor Craig Kielburger up until recently. Kielburger left the board after becoming enmeshed in the WE Charity scandal.

The French and English-language leaders debates are scheduled to take place in Gatineau, Que., on Sept. 8 and Sept. 9, respectively.

The English debate will be held on September 9 from 9 to 11 p.m. EDT and will be moderated by Shachi Kurl, President of the Angus Reid Institute, with the participation of Rosemary Barton, Melissa Ridgen, Evan Solomon and Mercedes Stephenson.