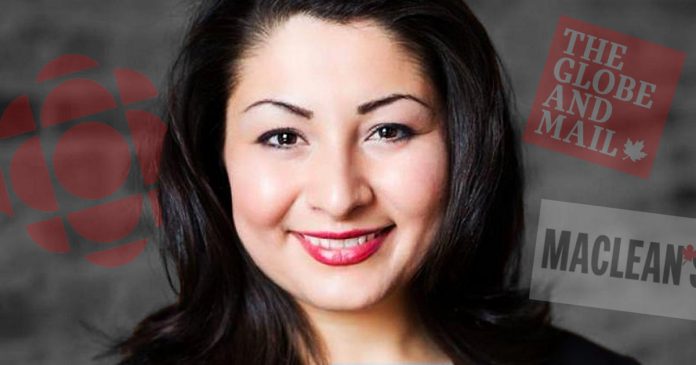 Canadian journalists from several legacy media outlets rushed to defend Liberal Candidate Maryam Monsef after she referred to the Taliban as “our brothers” on Wednesday.

Monsef used the term while giving a video statement on the Afghanistan crisis.

“I want to take this opportunity to speak to our brothers, the Taliban,” Monsef said.

“We call on you to ensure the safe and secure passage of any individuals in Afghanistan out of the country.”

When questioned about the use of the word, Monsef claimed that it was a cultural reference used by Muslims to refer to each other despite the fact that the briefing was broadcast on the Canadian television network CPAC and the Taliban speak primarily Pashto.

Reporters from the Globe and Mail, Maclean’s, Radio-Canada and elsewhere all excused Monsef’s terminology.

According to MacKinnon, Monsef was simply trying to “make a plea directly to the Taliban” as an “Afghan-Canadian.”

Reports show that Monsef was actually born in Iran but to Afghan parents.

In a retweet of a post which shows that Monsef has referred to the Taliban as “brothers” on a separate occasion, Parliamentary Press Gallery journalist Dale Smith tweeted that the “context” around Monsef’s usage of the term about the terror group “matters.”

In a tweet written in French, Radio-Canada journalist Manon Globensky told fellow reporter Philippe-Vincent Foisy that “yes there are women who speak to the Taliban” and that references to “brothers” was a part of the “language.”

“The Taliban call the Afghan women whom they beat and denigrate ‘our sisters’ it is in the language (Philippe-Vincent) see nothing else. And yes there are women who speak to the Taliban,” tweeted Globensky in French.