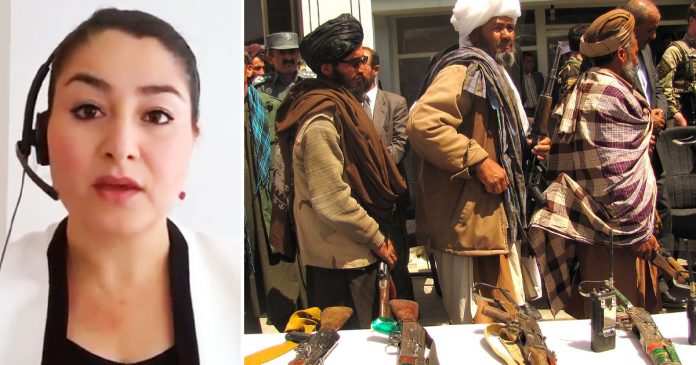 Minister of Women and Gender Equality and Afghan refugee Maryam Monsef referred to the terrorist organization the Taliban as “our brothers” on Wednesday.

During a government briefing on the crisis in Afghanistan, Monsef called on the Taliban to ensure a safe passage for people hoping to leave the country.

“I want to take this opportunity to speak to our brothers, the Taliban,” Monsef said.

“We call on you to ensure the safe and secure passage of any individuals in Afghanistan out of the country.”

When asked about her word choice, Monsef said the reference to “brothers” is a cultural reference.

“In terms of the terminology, if you go to messages across the country, Muslims refer to each other as brothers and sisters,” Monsef said.

“The Taliban are a terrorist group, and yet they claim to be Muslim. We do not support the Taliban. We are horrified that the hard won gains of the past 20 years are at stake like this.”

Throughout her political career, Monsef has publicly discussed her personal story as a refugee from Afghanistan. In a Global News article in 2016, Monsef claims she was 11 years old when she fled from the Taliban with her mother and two sisters.