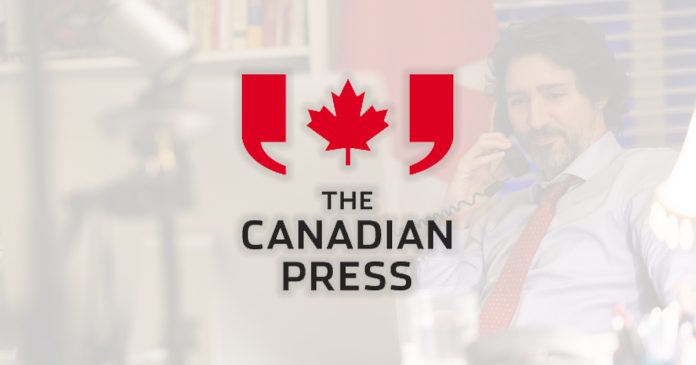 The Liberal government paid the Canadian Press (CP) $2 million in taxpayer funding over the past year.

According to Blacklock’s Reporter, the company was paid $1.6 million through a sole-sourced federal contract and an additional $100,000 in federal grants.

A 2020 letter from the company’s President, Malcolm Kirk, explained to the House of Commons finance committee that Canadian Press was seeking taxpayer funds to “to fully offset subscription fees paid by CP’s media clients.”

Kirk sought “instant relief” and “flexibility to extend the funding depending on the duration and economic fallout related to the COVID-19 crisis.”

“We have already received numerous calls from clients who worry they will not survive through this crisis to serve their communities and have asked for fee holidays,” wrote Kirk.

“CP itself is not in a financial position to defer revenue and maintain its staffing levels to ensure the coverage it currently provides.”

Meanwhile, the Canadian Press has been acting as a “truth-tester” verifying claims by Canadian politicians.

As reported by True North, a recent “truth test” by the outlet was found to be heavily biased and lacking an objective approach to Conservative Party Leader Erin O’Toole’s views on universal healthcare.

“The Truth Test is a project of the Canadian Press that examines the accuracy of statements made by politicians,” claimed the company.

“Each claim is researched and analyzed to provide Canadians with facts instead of spin.”

The article contained only perspectives from universal public health-care advocates and failed to offer an objective analysis of O’Toole’s claims.

Based on two expert opinions, the Canadian Press concludes in their article that O’Toole “has not explained” his healthcare policy, despite the fact that the Conservative Party platform dedicates a significant portion to healthcare commitments.