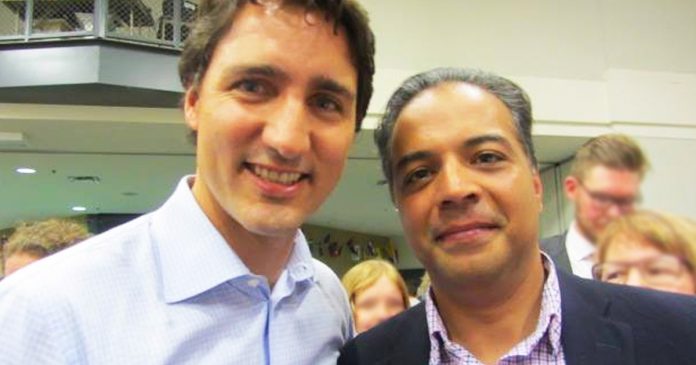 Liberal Party Leader Justin Trudeau refused to condemn one of his candidates who is facing six years worth of sexual harassment allegations from several young female staffers.

“Mr. Saini has shared the processes. There have been rigorous processes undertaken that he has shared the details of. We know that it is extremely important to take any allegation seriously, which we certainly have, and we always will because everyone deserves a safe workplace,” claimed Trudeau.

According to CBC News, seven sources have corroborated four different incidents where Saini is alleged to have made unwanted sexual advances and inappropriate comments towards female staffers. Saini has denied the allegations.

One of the cases made its way into the Canadian Human Rights Commission last year. The staffer who filed the complaint has since expressed distress that the Liberal Party is choosing to field Saini as a candidate.

According to the unnamed employee, Saini’s alleged sexual harassment was so severe that she attempted to take her own life in his office in March 2020.

“That’s pretty devastating to me, knowing what I have gone through and that I’ve raised concerns over the last more than year and a half. It’s disturbing to me… It’s also concerning to me that it could continue to happen to other people,” the anonymous staffer told CBC News.

Complaints against Saini’s behaviour go back to a Liberal holiday party in December 2015. Four female staffers at the event told senior Liberal officials that Saini, alongside disgraced former Liberal MP Marwan Tabbara, was acting inappropriately with young women at the party.

Tabbara was arrested on April 9, 2020, for an unrelated incident. He has since been charged with assault, one count of break and enter to commit an indictable offence and one count of criminal harassment.  He was never ejected from Trudeau’s caucus but resigned voluntarily.

The Liberal Party has since claimed that it has “no record or knowledge” of the incident taking place.

Meanwhile, former Conservative Party of Canada candidate for Cole Harbour-Dartmouth Troy Myers was forced to withdraw from the campaign by the party after claims surfaced that he had allegedly sexually assaulted a woman in October 2019.

For years, Trudeau has maintained that he has a zero-tolerance approach to sexual harassment despite the fact that he himself has been accused of groping a female reporter in 2000 while attending a music festival.

When the story became public, Trudeau claimed at the time that the female reporter had “experienced things differently.”

“When women speak up it is our duty to listen to them and believe them,”  said Trudeau in 2018.