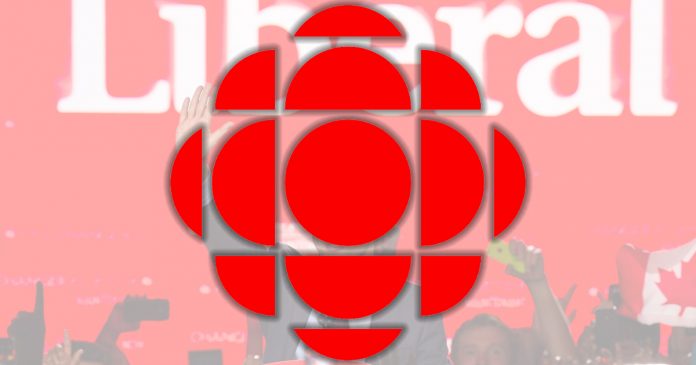 The newly unveiled Liberal Party election platform includes a pledge of an additional $400 million in taxpayer funding for the CBC/Radio-Canada.

According to the 82-page document, the funds are meant to offset the financial pressure the state broadcaster has been facing due to a plummet in advertising revenues as more Canadians continue to tune out.

“(A Liberal government will) provide $400 million over 4 years to CBC/Radio-Canada so that it is less reliant on private advertising with a goal of eliminating advertising during news and other public affairs shows.”

The platform also pledges to update the broadcaster’s mandate, while also attempting to bring CBC content to the international audience.

The Liberals have been hinting at increased funding for the CBC for some time now despite the fact that the public broadcaster already receives $1.2 billion in funding from taxpayers, making up over 71% of its income.

According to an April 20th briefing note, the federal government noted that the broadcaster was under “immense pressure” with regard to its workforce and finances.

CBC ad revenues and viewership numbers have been falling steadily over the past few years as the broadcaster struggles to retain interest from the Canadian public.

The network’s latest corporate plan revealed that over the last year the CBC lost 18% in advertising revenues, worth roughly $204.8 million.

Additionally, last year the CBC reported a considerable decrease in viewers. Records show that in 2019, CBC-TV viewership fell below 4% nationally for the first time in history.