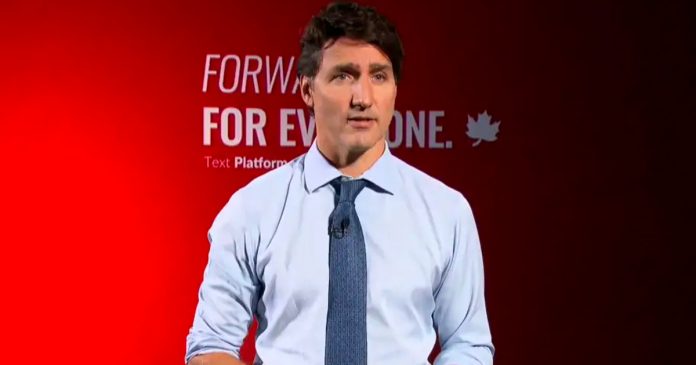 The Liberal Party released their platform on Wednesday, which pledges $78 billion in new spending. However, what the platform fails to mention even once is balancing the budget.

The Canadian Taxpayers Federation (CTF) immediately released a statement criticizing the Liberals for staying “on the runaway spending train.”

“The Liberals want to spend more on everything, but there’s no plan to repair our national finances and chip away at the $1-trillion federal debt,” said CTF Federal Director Franco Terrazzano.

“The Liberals are betting the farm that nothing will ever go wrong with the economy and it can contain the debt problem, but what if reality isn’t as rosy? The Liberals are doing nothing to get off the runaway spending train, and that’s reckless.”

The Trudeau government has created a monumental deficit of over $350 billion with no plan to decrease spending or balance the books. As a result of Trudeau’s spending, Canada’s debt is now over $1 trillion.  According to the International Monetary Fund, Canada has the fifth-highest gross debt to GDP ratio among 29 industrialized countries.

The Parliamentary Budget Officer projected deficits until 2070 on the Trudeau government’s trajectory even before taking election promises into account. If that were to happen, Canadians would have to pay $3.8 trillion in debt interest charges by 2070.

CTF also criticized Trudeau for backtracking on an earlier promise not to increase taxes. The Liberal platform includes a number of tax increases such as higher taxes on banks and insurance companies, higher income taxes for “the 1%,” an anti-flipping home tax and a global corporate minimum tax.

In August, Trudeau shrugged off a question about inflation rates and the Bank of Canada and said he doesn’t “think about monetary policy.”