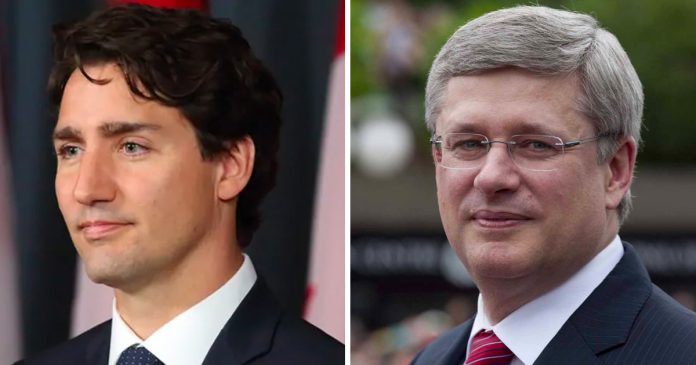 While fielding questions from reporters on Friday, Liberal Party Leader Justin Trudeau blamed former prime minister Stephen Harper for being the reason behind his government’s inability to lift a blood ban on gay men.

“We have said consistently, back since 2015 that the ban on blood donation, on giving blood from men who have sex with men, was unacceptable, discriminatory and wrong. We made a commitment in 2015 to lift it and we turned to Independent Blood Services Canada and said: ‘You need to get rid of that.’ They said we had all our research and funding cut by the previous Conservative government so we don’t have the data on which to make that decision,” claimed Trudeau.

Trudeau also indicated that he expects Independent Blood Services Canada to lift the ban soon should the Liberals form government in 2021.

The latest comment is the fourth time Trudeau has evoked Harper while on the campaign trail. Harper has not been in power since Trudeau was elected to a majority government in 2015.

Earlier this week, the Liberal leader referenced Harper while at a campaign stop in Ottawa.

Prior to that, Trudeau took another shot at Harper on August 30, 2021, while in Granby, Quebec.

“Today’s economy, tomorrow’s economy needs us to fight climate change. Canada lost 10 years under the Conservative Party who wants to go back to the old Harper years objectives and goals,” Trudeau told a crowd of supporters.

The Liberal leader made a similar claim in August, at the height of the Afghanistan crisis.

When asked by reporters whether his government was doing enough to evacuate Canadians and Afghan asylum seekers from the country, Trudeau brought up Harper’s handling of the 2015 Syrian crisis.

“I think a lot of Canadians can’t help but reflect on this situation in this election when we are pledging to welcome tens of thousands of Afghan refugees fleeing terrible violence to what we lived through in 2015, when the Conservative government at the time was not stepping up to welcome Syrian refugees,” claimed Trudeau.