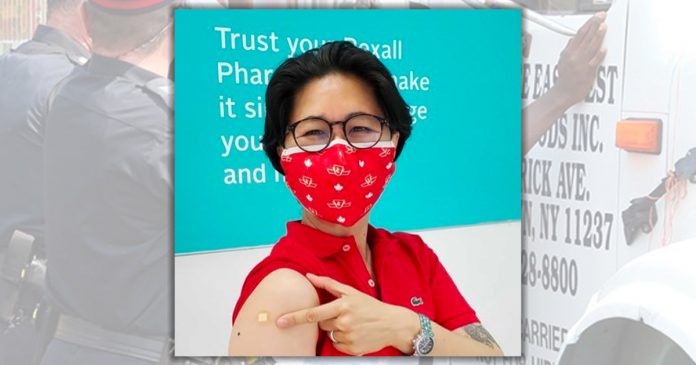 A Toronto city councillor who pushed for vaccine passports to be implemented in Ontario was a vehement opponent of the practice of police carding in 2015, social media posts reveal.

Last month, Councillor Kristyn Wong-Tam urged the Ontario government to implement a sweeping vaccine passport system similar to the one currently in place in Quebec.

Under the program, digital proof of vaccination would be required to enter so-called non-essential services such as restaurants, bars, events and other locations.

Along with producing a vaccine passport, Canadians will be required to also provide photo ID to access those public settings.

In 2015, Wong-Tam tweeted about how the practice of carding, or police officers stopping people who meet the description of wanted crime suspects to produce identification, was a form of racial profiling.

True North reached out to Wong-Tam to ask whether she held the same views when it comes to the vaccine passport but did not receive a response.

According to official statistics, vaccine hesitancy is highest among black Canadians and some Indigenous populations.

“Certain sub-groups in Canada are more likely to report COVID-19 vaccine hesitancy. These include black Canadians, Indigenous peoples, newcomers, and younger adults, among others,” a federal government backgrounder claims.