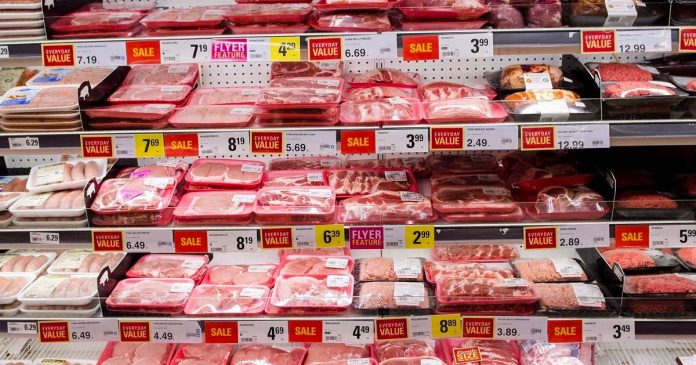 A Statistics Canada snapshot of the economy in August reveals that inflation levels in Canada have not been this high since 2003.

According to government data, the consumer price index – which is a standard way to track inflation by economists – rose by 4.1% last month.

The spike follows a surge in July of 3.7% and signifies the largest year-over-year increase in inflation levels since March 2003.

Goods impacted by the rise include furniture prices which rose by 8.7%. Additionally, gasoline prices have gone up year-over-year by 32.5% last month.

The price of groceries and particularly meat products have also been heavily impacted by rising inflation with fresh and frozen chicken going up 8.4% in August, while pork prices grew by 9.3% year-over-year last month.

“In addition, prices for services have accelerated for the fifth consecutive month, rising at a faster pace in August (+2.7%) compared with July (+2.6%) amid easing of COVID-19 restrictions,” wrote Statistics Canada.

Inflation levels have surpassed targets by the Bank of Canada which expected inflation to be steady between 1% to 3%.

With days until the 2021 election, inflation is becoming a central issue on the campaign trail.

“We are thinking outside the box to give people a little bit more of their own money. That’s never going to happen with Justin Trudeau or Mr. Singh. They want to increase taxes. They are the reason why there is inflation,” said O’Toole.

According to recent polls, Canadians view O’Toole as the most equipped to handle Canada’s economy over other federal leaders. An August poll by the Angus Reid Institute found that 41% of Canadians chose O’Toole as their first choice for post-pandemic financial recovery.