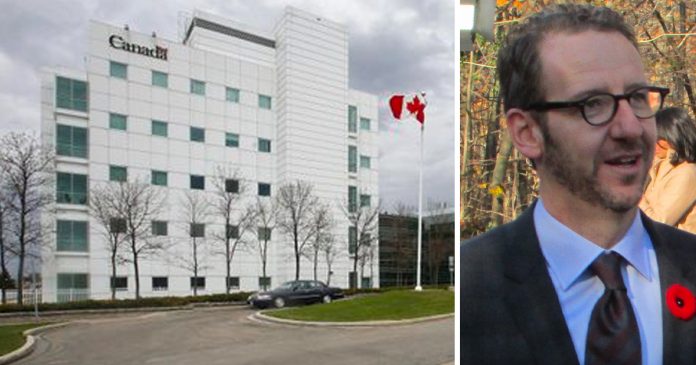 “We’re getting so close to the point where Bob Fife and Steve Chase could see someone having Dim Sum and turn it into a @globeandmail front,” tweeted Butts.

According to the outlet, Chen’s identity as the PLA’s chief military virologist was hidden from the publication which only referenced the individual as a PhD holder with the Academy of Military Science.

Additionally, the Public Health Agency of Canada is refusing to reveal whether Chen visited or had access to the top-security facility which houses some of the deadliest viruses available for scientific study.

While in government, Butts worked with Trudeau to develop closer relations with China.

In 2017, the former principal secretary accompanied the prime minister and a team of diplomats to travel to Beijing with the hopes of securing a coveted trade deal with the communist nation.

Following a disastrous display by Trudeau and his diplomats, which the Chinese leadership perceived as presumptuous, Butts and Trudeau returned to Canada virtually empty-handed.

Less than a year later, the chilled relationship between the two nations would erupt following the December 2018 arrest of Huawei CFO and Chinese heiress Meng Wanzhou and China’s retaliatory detentions of Canadian Michael Spavor and Michael Kovrig.

The Liberal government has since refused to disclose information to opposition parties regarding Qiu’s and her husband Kending Chang’s firing from the Winnipeg-based laboratory.