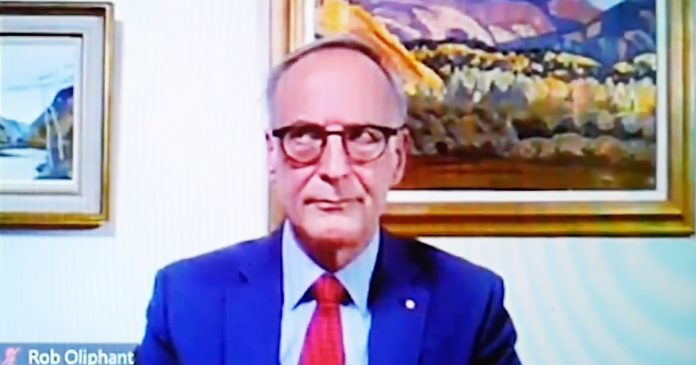 The Liberal candidate for Don Valley West Rob Oliphant rolled his eyes when Michael Kovrig and Michael Spavor, the two Canadian citizens detained in China, were brought up at a local candidates’ debate on Monday.

During the debate, the Conservative candidate for Don Valley West Yvonne Robertson said Prime Minister Justin Trudeau has failed Canadians, and it is time for change. Robertson brought up how Oliphant serves as the parliamentary secretary for the minister of foreign affairs and plays an important role in Canada-China relations.

“He is the number two gentleman on the file,” said Robertson. “And not once tonight did he mention Michael Kovrig and Michael Spavor, who have been detained for 1,008 days.”

In response, Oliphant rolled his eyes as she scolded him for not mentioning Kovrig and Spavor.

Kovrig and Spavor were arrested and charged by Chinese authorities on trumped-up charges in 2018. Their detention has been viewed as retaliation against Canada for Huawei executive Meng Wanzhou’s arrest, and it has been cited as an instance of hostage diplomacy.

Robertson said people in Don Valley West travel abroad for business all the time. These people are losing confidence in Global Affairs Canada, and Canada’s reputation on the world stage is eroding because of Trudeau’s poor leadership, according to her.

“So I’m going to ask you all, September 20th, please vote for change,” she said. “Vote Conservative.”

Oliphant could not be reached for comment in time for publication.

Oliphant was involved with a Canadian delegation that went to China in 2019 to push for these two Canadians to be released. However, both Canadians remain in a Chinese prison.

In August, Michael Spavor was convicted by a Chinese court of espionage and sentenced to 11 years in prison. The Chinese court also ordered Spavor to be deported, though it is not clear if the Canadian will be deported prior to or after his sentence is served.