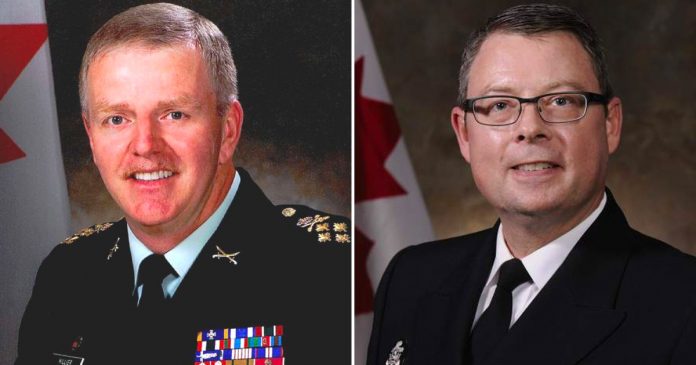 “In just a few days, we Canadians have an important responsibility. To choose the person we want to lead us for the next few years,” said Norman. He pointed out that “Canada is facing a lot of challenges right now. Some form beyond our borders, and many from within.

“On Monday, we need to choose a leader of substance. A leader who will face these challenges with courage, integrity, reason and a solid plan for what’s in the best long-term interest of this country.” Norman said he believes that  “Erin O’Toole is the leader that Canada needs now.”

Norman claims to have been the victim of  “politically motivated” prosecution by the federal government. Norman was suspended from his position in 2018 by General Jonathan Vance after allegedly playing a hand in leaking the shipbuilding contract information. After a lengthy legal battle with the government, Norman was cleared of any wrongdoing after all charges against him were dropped. The government’s failed prosecution cost taxpayers over $1.4 million.

Hillier says he believes O’Toole has a vision for leading Canada.

“I believe we have many divisions in our country right now and we need somebody to unite them and I believe Erin can do that,” Hillier said.

Earlier in the week, former US president Barack Obama and 2016 Democratic Presidential candidate and former Secretary of State Hillary Clinton endorsed Liberal Party Leader Justin Trudeau. In a Twitter post on Thursday afternoon, Obama referred to Trudeau as an “effective leader” and “strong voice” for democracy.

NDP Leader Jagmeet Singh was endorsed by U.S. Senator and former Presidential candidate Bernie Sanders. Sanders took to Twitter, saying that the NDP is the “one party that stood up for working people in the pandemic,” and Singh is the “one leader who has the courage to make the wealthy pay their fair share so everyone gets the medication they need.”