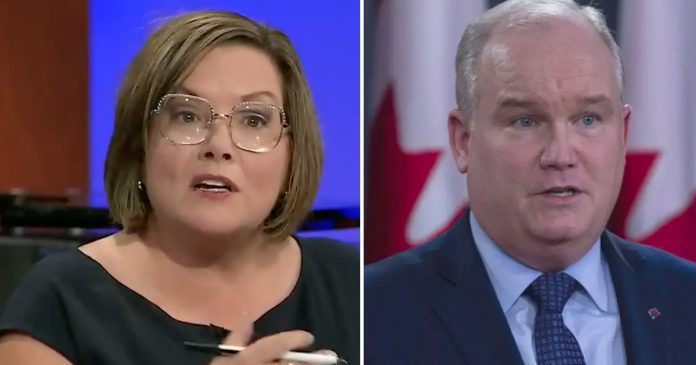 Conservative strategist and former top adviser to former prime minister Stephen Harper, Jenni Byrne, said the Conservative Party will have to reckon with O’Toole’s performance for losing what she referred to as a “winnable election.”

Byrne made the comments during a CTV News panel as it was becoming clear the Liberals were forming another minority government.

“This is going to be part of the post-mortem that the party does regardless of what the results are because if you look at extremely Conservative ridings, there was an increase in the PPC vote,” said Byrne.

“That is going to have to be something the party looks at in terms of this campaign – the voters that Erin thought he was appealing to – because we didn’t make any gains in the GTA.”

Although votes continue to be counted due to Elections Canada staffing issues and mail-in ballots, Conservatives are projected to have not gained any seats in the 2021 election.

As it stands, the Conservatives are set to finish with fewer seats than the 121 they received in 2019. According to Elections Canada, O’Toole is leading in 119 seats this election while the Liberals lead with 158, a slight decline where they were sitting last election.

On the campaign trail, O’Toole reneged on several policies he championed to the Conservative base while running for the leadership in 2020.

Among the positions O’Toole flip-flopped on was repealing the federal carbon tax, defunding the CBC and reversing his position on the Liberal gun ban.

Although O’Toole lost the election, he indicated to reporters that he plans on staying on as Conservative Party leader but has triggered a campaign review.

“I will continue to work tirelessly with our caucus, campaign team, and party members, to keep building the support we need,” O’Toole said on Tuesday.

“We are building towards victory next time.”