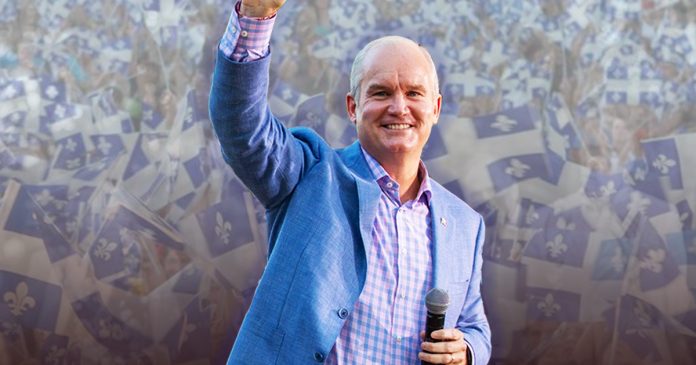 To arrive at the results, True North relied on the whereabouts of both leaders as listed in official itineraries published by both parties spanning back to August 15, 2021.

The count also included virtual events held by the leaders in both provinces as well as the stop in Montreal on September 2, 2021 by federal leaders for the French-language TVA debate.

According to the itineraries, O’Toole made ten campaign stops in various Quebec ridings including one virtual town hall in August.

On the other hand, Trudeau attended only two events in Alberta, including a recent virtual town hall held in Alberta last week.

Despite the substantial amount of campaign events O’Toole attended to woo Quebecers, the Conservatives did not gain any seats in Quebec. Meanwhile, the Liberals won Calgary Skyview and are leading in Edmonton Centre – a remarkable change from 2019 where they had no MPs elected in the province.

Conservatives lost in every riding except for Louis-Saint-Laurent where Conservative incumbent Gérard Deltell was re-elected.

Additionally, O’Toole’s shortcomings in Quebec were not aided by the unexpected implicit endorsement from Quebec Premier François Legault who warned Quebecers shortly before election day that a Liberal government would be bad for the province.

Although few ridings continue to count ballots due to Elections Canada delays, preliminary results indicate that Trudeau will have another minority government. As of Wednesday, the Liberals are leading in 158 ridings while the Conservatives have only elected 119 MPs.

As Conservatives lick their wounds following the defeat, critics of O’Toole, including top aide to former prime minister Stephen Harper Jenni Byrne, have begun to blast the leader for losing a “winnable election.”

Additionally, Conservative Party of Canada National Council member Bert Chen has launched a petition calling for the party to recall O’Toole as leader.