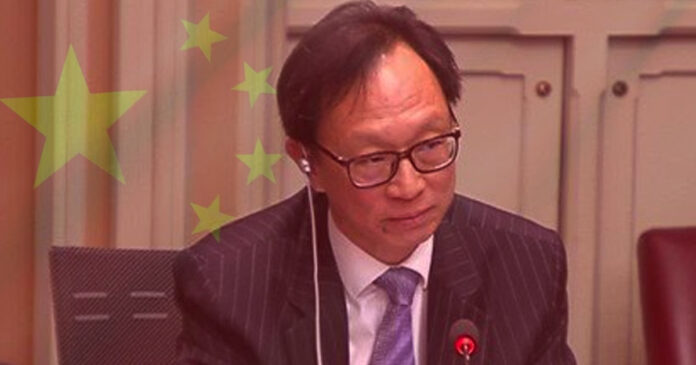 Alexander, who served as the citizenship and immigration minister in the latter part of Stephen Harper’s government, said Senator Yuen Pau-Woo has betrayed his oath and should resign.

Woo shared a Toronto Star column by a retired professor making the claim that Canada and the United States “took Meng hostage.”

“The United States, assisted by Canada, took Meng hostage in the first place as part of its trade-and-technology war with China; Beijing swiftly retaliated by jailing the Canadian citizens Michael Kovrig and Michael Spavor,” the column said.

By sharing it, Alexander said Woo was serving as a “mouthpiece for foreign propaganda.”

“(Woo) has violated his oath as a Canadian Senator & should resign,” Alexander said on Twitter. “Mouthpieces for foreign propaganda, including those backed by China’s United Front Work Department, should have no place in Canada’s parliament.”

Meng was arrested that year after being charged with wire fraud by US authorities for her company’s dealings with Iran. Following negotiations by the US Justice Department and Meng’s prosecutors, a deal was struck and Meng was released back to China.

Woo has faced scrutiny for several controversial remarks which critics claim serve to paint the communist Chinese government in a favorable light.

In June, Woo lectured Canadians on the residential schooling system and went on a tirade in defence of the Chinese regime’s legitimacy.

Woo also described China’s internment of minorities and Uyghur muslims and being “motivated by the fight against terrorism” and a desire by China to “provide employable skills for minorities.”