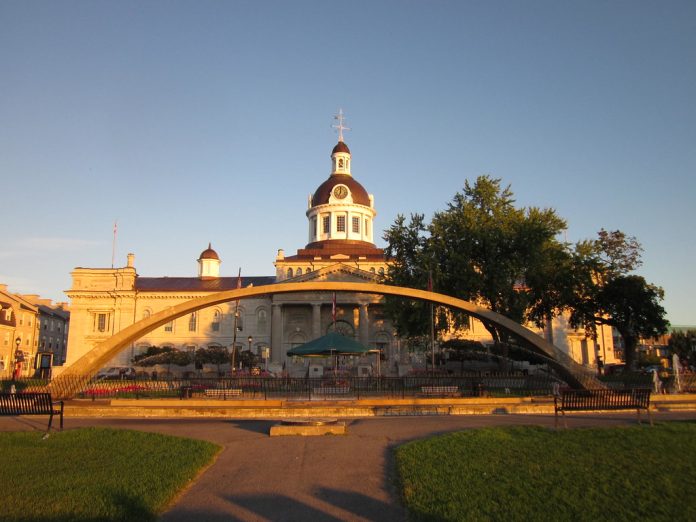 The Alcohol and Gaming Commission of Ontario (AGCO) announced Thursday that it would be suspending JAKK Tuesdays’ liquor licence “for reasons of public interest and safety.”

“The tyranny of this government has got to stop,” pub owner Kelly Hale told Global News.

Prior to the suspension, AGCO officials attempted to “educate” Hale about the provincial government’s new lockdown restrictions, but he said he didn’t intend to comply and posted signs at his bar saying as much.

Hale does not support mask or vaccine mandates and is a part of the “Ontario Businesses Against Health Pass” Facebook group, which has amassed over 139,000 members. The group contains a wide variety of businesses — from martial arts facilities to restaurants — that are refusing to comply and check vaccination status. All of the businesses are listed on the Ontario Businesses Against Discrimination (BAD) directory.

The directory currently lists 677 businesses. Another social media account called Stop No Pass List has estimated that approximately 200 businesses in the GTA are also refusing to ask for a vaccine passport.

“There’s a silent majority out there that’s fed up with how long this is going and what’s really happening,” said Hale.

Although Toronto Public Health officials say that they have received 122 complaints regarding vaccine certificates, they have not pressed any charges against business owners, “focusing on educating businesses on the province’s new proof of vaccine program.”

Recently, the tide has turned, and the province announced that in the future, businesses who do not comply with checking vaccination status will be punished. In addition to facing Hale’s fate and having a liquor licence suspended, businesses may also face hefty fines. Final regulations are still under development, but non-compliant patrons could face a minimum fine of $750, and businesses will have to brace for a $1000 hit.

“I’m just doing what’s legal,” Hale says. “Not doing something illegal like the government is asking me to do by asking you for your personal medical information when you come into my restaurant.”

The Ontario government introduced the vaccine passport system on September 22. Under the system, Ontario residents must be fully vaccinated against COVID-19 to enter public spaces such as restaurants, gyms, bars and clubs.