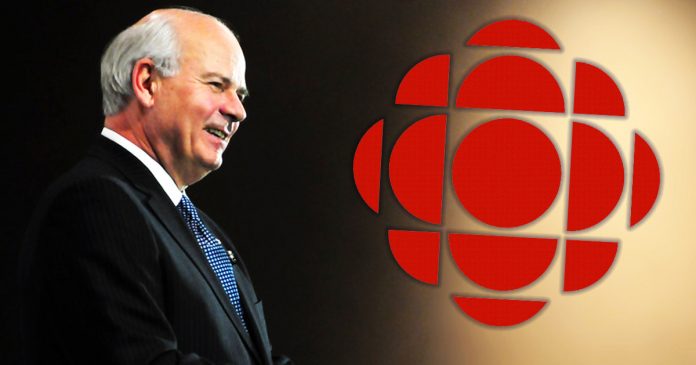 In a recent interview, veteran CBC journalist Peter Mansbridge noted the declining popularity of Canada’s state broadcaster and legacy media. In the interview, Mansbridge called on his former employer to “do better.”

“I’m forever indebted to the CBC. But I’m passionate about it and I worry about it. I think the country absolutely needs the CBC. Do they need the CBC they’ve got right now? Probably not. They need it to be better,” Mansbridge said on CBC’s The Sunday Magazine.

“You only have to look at the ratings that come out every few months in different parts of the world on trust, in terms of different professions, and for journalism, it’s gone down. It’s not as low as politicians, but it’s low, and yeah, we can’t afford it to be low.”

CBC has in recent years suffered a crash in viewership and advertising revenue numbers, causing the company to place transparency and building trust as a priority with the hopes of curtailing the decline.

According to its 2021-2025 corporate plan, CBC saw an 18% decline in advertising revenue and was seeking to request “additional funding” to offset the loss.

“Advertising revenue from conventional TV will continue to be under pressure,” wrote CBC management in the plan.

Additionally, viewership has dwindled in recent years, with the broadcaster reporting that the number of Canadians tuning into CBC-TV was below 4% for the first time in history.

Recently, Prime Minister Justin Trudeau has pledged an additional $400 million to help the  publicly funded broadcaster stay above water despite it already receiving $1.2 billion in funding from taxpayers annually.

“Journalism is built on credibility. Credibility is built on trust and the truth. And we’re facing a challenge on the trust factor.”

According to a poll from April of this year, nearly 49% of Canadians believe that journalists were “purposely trying to mislead people by saying things they know are false or gross exaggerations.”