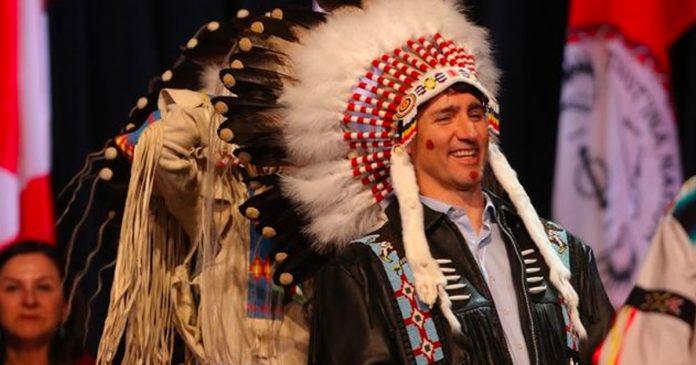 Prime Minister Justin Trudeau has apologized to Kamloops, BC, Tk’emlúps Nation Chief Rosanne Casimir after ditching their National Day of Truth and Reconciliation ceremony to vacation in Tofino.

Trudeau was invited by Casimir on two occasions to visit the community which is only hours away from where he was vacationing with his family.

Despite the invitation, Trudeau did not attend but claimed that he had a phone call with Indigenous leaders while away.

On Sunday, Trudeau phoned Casimir to offer her an apology over the incident and said that he hopes to visit the First Nation soon.

Tk’emlúps Nation was one of the few First Nations to announce the discovery of apparent unmarked graves at a former residential school earlier this year.

It was revealed that Trudeau left for Tofino on Thursday despite his itinerary placing him in Ottawa for alleged “private meetings.”

Once it was revealed on social media that Trudeau’s personal jet flew into Tofino, the Prime Minister’s Office (PMO) finally confirmed that the itinerary was incorrect.

“Yes, the PM is spending time in Tofino with family for a few days,” said a PMO spokesperson.

“And, following his participation in last night’s ceremony marking the first National Day for Truth & Reconciliation, he is speaking today with residential school survivors from across the country.”

It wasn’t the first time that Trudeau has gotten in trouble for concealing his vacations. In August 2020, the prime minister was spotted vacationing in Pointe au Baril, Ontario despite his itinerary also claiming he was in Ottawa at the time.