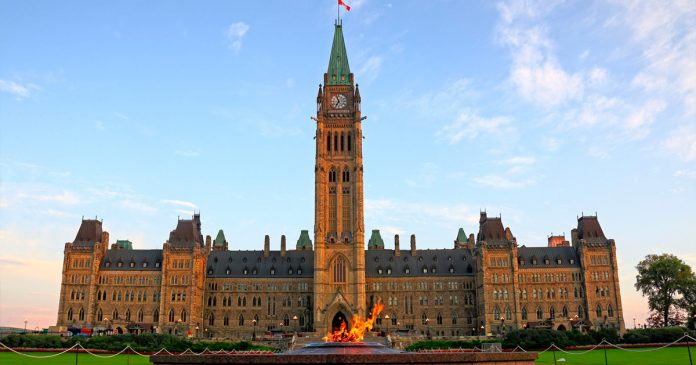 The Canadian Taxpayers Federation (CTF) responded to recent Statistics Canada employment numbers by noting that while government jobs continue to grow, the private sector is falling behind.

“There’s been a tale of two pandemics in Canada: one full of private sector pain, the other full of politician and bureaucrat financial gain,” said Federal Director with the CTF Franco Terrazzano in a press release.

“It’s not fair to make struggling taxpayers pay for more bureaucrats and bigger bureaucrat salaries during the pandemic.”

Statistics Canada data shows that 257,400 jobs were added to the economy since the beginning of the pandemic, which includes an additional 107,000 “public administration” jobs.

Despite the growth, the private sector and those who were self-employed saw a loss of 256,500 jobs since before the pandemic.

“Not only do taxpayers have to pay for more bureaucrats, we’re also on the hook for government pay raises during the pandemic and that’s not fair,” said Terrazzano.

As noted by the CTF in the past, government workers were also showered with raises and faced no cuts in pay throughout the pandemic while many businesses had to take a hit to their salaries.

In total, 312,825 federal workers received at least one pay raise, meanwhile, MPs received two pay raises ranging from $6,900 to $13,800 depending on their position in government.

Due to historical spending by the Trudeau government, Canada’s federal debt has ballooned to over $1 trillion.

“Deficit spending is out of control and we’re pushing politicians to be honest about how they’re going to pay back the $1-trillion debt,” said Terrazzano.

“More deficits mean more debt that Canadian kids and grandkids will need to pay back. Politicians need to rein in their deficit spending so future generations aren’t weighed down by soaring government debt.”