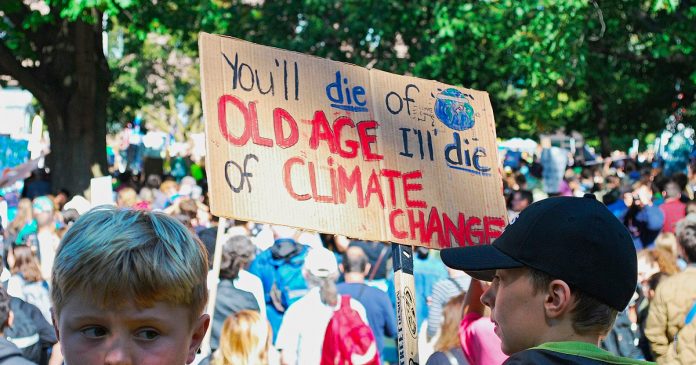 The Toronto District School Board (TDSB) will be releasing a youth climate activism guide this fall in partnership with the City of Toronto.

According to the TDSB’s Annual Report 2021: Climate Action, the guide is “designed to support youth in mobilizing their communities towards climate action.”

“To introduce TDSB educators to the youth climate action guide, it will be highlighted during the 2021 fall EcoSchools kick-off workshops and featured in an EcoSchools webinar during the 2021/22 school year,” the report says.

“To assist school teams with the planning and implementation of climate action projects, one-on-one support will be offered and piloted in the 2021/22 school year.”

TDSB officials did not respond to a query from True North on whether the board will ensure the guide remains apolitical.

According to the organization For Our Kids Toronto, the guide will target students from grades seven to 12.

“The guide will contain climate goals and initiatives for all ages and will help create pilots for community climate action in neighborhoods throughout the city,” For Our Kids Toronto wrote.

In 2019, the TDSB encouraged and supported students to walk out of their classrooms and protest as part of a global call to action.

Prior to the Global Climate Strike which was inspired by teenage climate activist Greta Thunberg, parents received a note from the school board indicating students would not be academically penalized for leaving school to attend protests.

Critics have accused Thunberg and the Global Climate Strike of politicizing concerns around climate change.

In the past, Thunberg has made controversial comments including threatening to put politicians who aren’t fighting climate change “against the wall” – a common idiom that can refer to political executions.

Additionally, Thunberg has been linked to the far-left political extremist group Antifa after a photograph emerged of her along with her parents wearing Antifa slogans and merchandise.