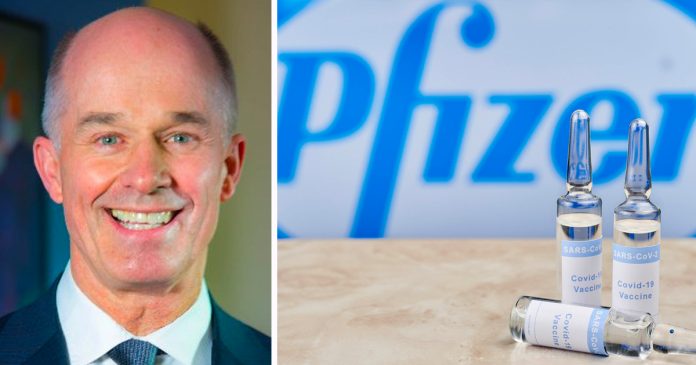 Several of Canada’s largest legacy media companies failed to reveal nearly $2 million worth of Pfizer Pharmaceuticals funding that a leading pediatrics professor from Alberta has received while pushing for vaccination of 5-11-year-olds.

Dr. Jim Kellner, a pediatrician and University of Calgary professor, has been cited as an authority in dozens of articles published by CTV News, CBC, Global News, the Toronto Star, and the Globe and Mail on vaccinating children and other pandemic related issues.

Since 2014, Kellner’s research has received $1,940,443 from Pfizer Pharmaceuticals for various vaccine studies, with the most recent grant of $787,004 being allocated until the year 2022.

Kellner’s research funding was not disclosed by the above outlets in numerous articles going back to 2020 despite it being publicly reported in his CV, which is published on the University of Calgary’s website.

According to his CV, the latest spate of funding is for “Calgary Area Streptococcus pneumoniae Epidemiology Research” and a “Pneumococcal Conjugate Vaccine.”

True North reached out to Kellner for comment and clarification regarding his Pfizer funding and media appearances but did not receive a reply by the time this article was published.

Throughout the pieces where Kellner is cited, he is alternatively referenced to as a “professor and researcher,” “pediatrician”, “infectious disease specialist at the Alberta Children’s Hospital,” ”infectious disease expert”, “member of the federal COVID-19 Immunity Taskforce” and other variations. Kellner is also employed by Alberta Health Services.

An article published by CBC News this Wednesday titled “Wondering about vaccinating younger kids against COVID-19? Alberta experts weigh in,” cites Kellner on the topic of giving the Pfizer vaccine to kids without referencing his funding.

“From my perspective the risk benefit analysis is showing there’s a definite benefit to providing the vaccine to prevent infection and prevent serious outcomes of COVID-19,” Kellner is quoted as saying.

In another article published in April by the public broadcaster, Kellner encourages expanding the groups of people eligible for a COVID vaccine “especially by age” and is quoted as saying that “the No. 1 thing that can make a difference is vaccination.”

According to CBC search results, Kellner’s name turns up over 41 times and appears in numerous videos and articles on the topic of vaccination without any indication of how much money he has received from the vaccine manufacturer Pfizer.

Government of Canada data shows that the Pfizer-BioNTech (Cormirnaty) vaccine is the most used vaccine in Canada with over 14 million Canadians having received at least one dose of the product.

In an article published in June by the Globe and Mail, Kellner questions the protection natural immunity offers.

The outlet has cited Kellner as an authority at least seven times.

As for the Toronto Star, Kellner shows up as an expert in at least 11 articles, many of which promote vaccination of children all without disclosing his funding.

Similarly, Global News cites Kellner numerous times including in interviews on his research on COVID-19 and children without revealing his nearly $2 million in funds from Pfizer.

As for CTV News, Kellner makes several headline appearances in his role as a pediatrician including in an article dated October 20, 2020.

“If a higher percentage of children attending school can be vaccinated, that’s going to be an important part of helping make things safer going forward, and helping us get back to normal,” Kelner is quoted as saying in the article which doesn’t disclose his funding from Pfizer.

According to CTV News’ search results, Kellner’s name is cited in at least four articles on COVID-19 going back to 2020, none of which mention his ties with the vaccine manufacturer.

True North has reached out to all of the relevant outlets cited in this article but did not receive a response by the given deadline.

As exclusively reported by True North earlier this month, the Globe and Mail and the Toronto Star similarly didn’t disclose the AstraZeneca funding of prominent op-ed writer and professor Mark Lautens.