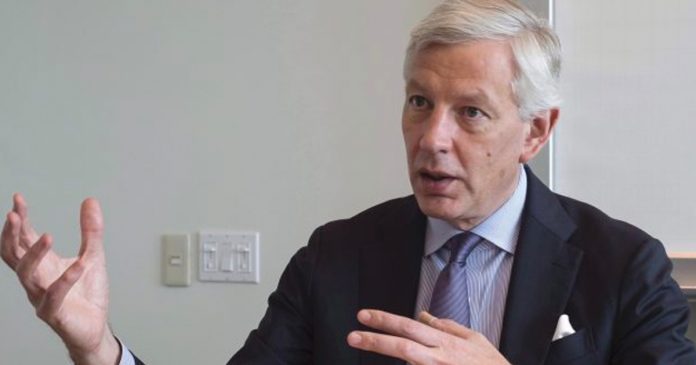 Canadian Ambassador to China Dominic Barton encouraged students at a McGill University conference to go to the communist nation and “build relationships.”

Barton was one of several keynote speakers at the university’s McGill Institute for the Study of Canada Annual Conference which took place from October 28, 2021 to October 29, 2021.

“We need to have more of our students in Canada spending time in other countries around the world, including China, to really understand how the place works, to be able to build relationships,” said Barton while on a panel speaking about national unity.

It has been a little more than a month since Canadians Michael Spavor and Michael Kovrig were released from arbitrary detention by China after spending years in Chinese prisons.

Barton, who was appointed to the role by Prime Minister Justin Trudeau in 2019, has an extensive history doing business dealings in China.

Throughout his career as a Managing Director of McKinsey & Company, the corporation worked with 22 of China’s 100 largest state-owned companies. Part of the work included providing consulting services to Chinese entities building artificial islands in the South China Sea – an area that China seeks to geopolitically dominate.

In 2020, Barton was called before the House of Commons Special Committee on Canada-China Relations to testify on the state of affairs with the country and was grilled on his Chinese ties.

“You were in charge of McKinsey…McKinsey was advising a company that was carrying out the Chinese government policy of building militarized islands in the South China Sea. Is it your position that those islands are in violation of international law?” Conservative MP Garnett Genuis asked the ambassador.

“I am not familiar at all with us being involved with designing islands in the South China Sea,” replied Barton.

Recently, Barton has also called for more business engagement with China despite the communist government’s increased aggression internationally and here in Canada.

“It’s critical that Canadian firms seize opportunities where they exist and take advantage of the continuing economic rise of Asia and China,” said Barton.

“The growth and the nature of growth of China’s economy has significant implications for Canada’s economic prosperity. Regardless of one’s outlook on it, China really cannot be ignored … Where trade is concerned, our companies need to engage in support of our economic interest while being true to our values.”