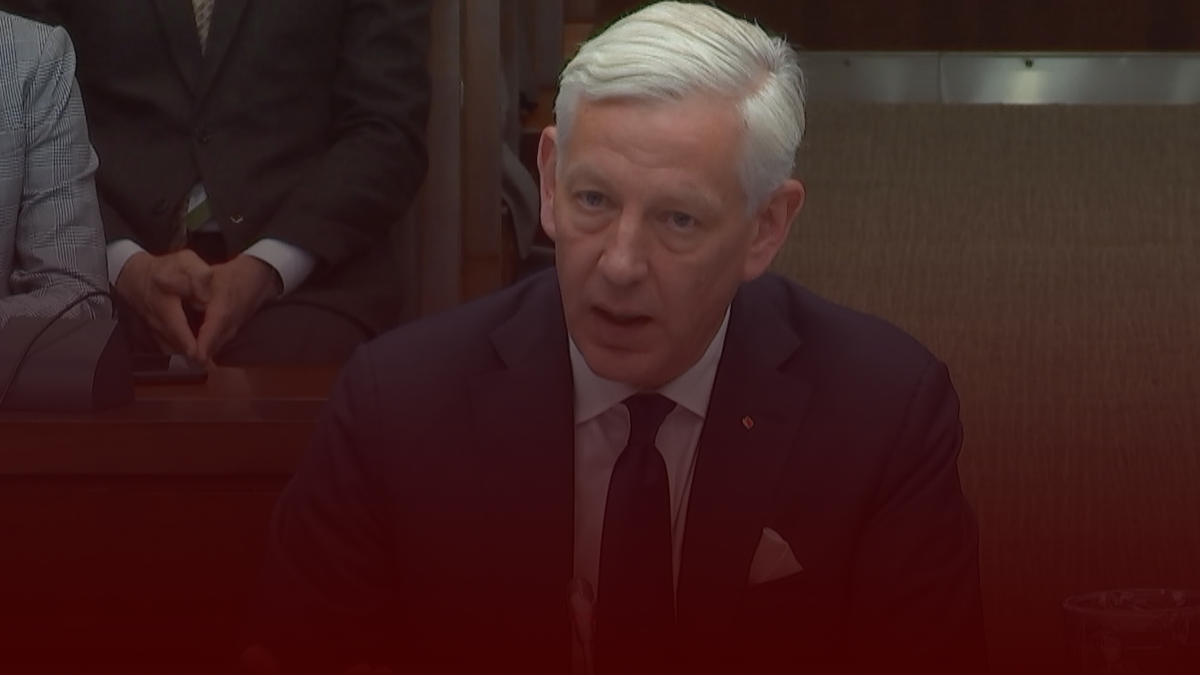 Canadian Ambassador to China Dominic Barton was grilled over his past business dealings with Chinese state-owned companies while testifying before a House of Commons committee on Wednesday.

Barton testified before the Special Committee on Canada-China Relations on a variety of issues including Huawei, the coronavirus and the two Canadians currently being held in Chinese prisons.

Conservative members on the committee questioned Barton over his past business ties with a number of state-owned companies in China while serving as the Managing Director of McKinsey & Company.

Barton’s former employer worked with 22 of China’s 100 largest state-owned companies, including providing consulting services to a company that had a hand in building artificial islands in the South China Sea.

“You were in charge of McKinsey…McKinsey was advising a company that was carrying out the Chinese government policy of building militarized islands in the South China Sea. Is it your position that those islands are in violation of international law?” asked Conservative MP Garnett Genuis.

“I am not familiar at all with us being involved with designing islands in the South China Sea,” replied Barton.

While working at the company, Barton supervised its operations in Asia and had a place of residence in Shanghai from 2004 to 2009.

Committee members also asked Barton why McKinsey hosted a conference near a Uyghur detention camp, where millions of the Muslim minority group are being held against their will for “re-education.”

“You said that McKinsey had this corporate retreat completely unaware that there were concentration camps four miles away?” asked Genuis.

“What I’m saying is that I’m not trying to absolve myself or anything, I’m saying that McKinsey apologized for that being done. It is my understanding that they were not aware that that was the case,” said Barton.

Barton was also questioned on whether he had met with Huawei officials while ambassador.

“Have you ever met with Huawei officials in your capacity as Canada’s ambassador to China?” asked Conservative MP Dan Albas.

“I have had outreach from some of the senior vice-presidents to talk about information that relates to the consular cases,” said Barton.

Huawei is currently at the centre of a dispute between Canada and China regarding the arrest of the company’s CFO Meng Wanzhou.

The Canadian branch of the company has admitted to pursuing an aggressive campaign to lobby government officials to gain access to the country’s upcoming 5G network.