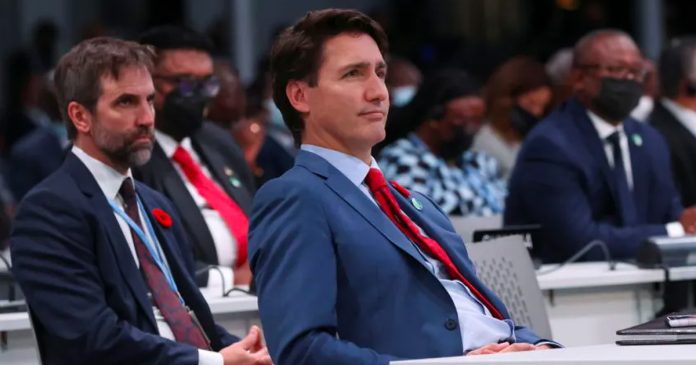 The Liberal government won’t reveal how much taxpayers spent on sending 276 delegates and members of the media to Glasgow, Scotland.

According to Blacklock’s Reporter, among those who attended include former environment minister Catherine McKenna who travelled to the event as a VIP. The Department of Environment refused to say if McKenna’s expenses were covered by taxpayers.

McKenna is not listed on the official delegate list according to the outlet, however, she was spotted attending meetings at COP26.

Trudeau’s personal photographer, videographer and speechwriter also travelled to Glasgow with the prime minister. His entourage was also accompanied by 17 press secretaries and communications directors and four CBC reporters.

While at the conference, Prime Minister Trudeau pledged on Monday that he would cap emissions for Canada’s oil and gas sector.

“We will limit oil and gas sector emissions today and ensure they decrease tomorrow at the speed and scale needed to reach net zero by 2050,” Trudeau told global leaders in a short speech.

In response to the announcement, Alberta Premier Jason Kenney told reporters on Tuesday that the idea was “totally unrealistic” and that his province was never consulted on the matter.