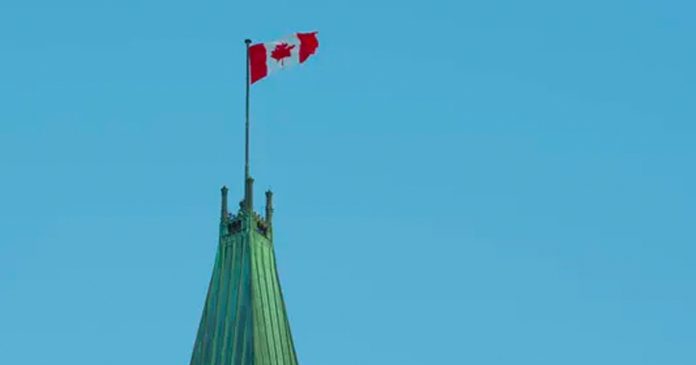 The Canadian flag will finally return to full mast after Remembrance Day on Nov. 11, according to Minister of Crown–Indigenous Relations Canada Marc Miller and Minister of Canadian Heritage Pablo Rodriguez.

After originally refusing to raise the flag, the Trudeau government says the flag will be raised on all government buildings at sunset on Nov. 7, and then lowered again at sunrise the next day to mark Indigenous Veterans Day. They will then be raised again before being lowered on Nov. 11. The flag will then be returned to full mast following the Remembrance Day ceremony.

The flag was lowered in response to the announcement of unmarked graves at a former residential school near Kamloops, BC.

In response to the government’s decision, Conservative leader Erin O’Toole said, “symbolic acts are not a substitute for concrete action on reconciliation.”

“As the flag is raised, I call on all Canadians to rededicate ourselves to our collective effort towards reconciliation and remembrance,” O’Toole said.

The government says the flag will be half-masted on National Day for Truth and Reconciliation every September 30.

On Canada’s first-ever National Day of Truth and Reconciliation, Prime Minister Justin Trudeau was invited to attend a ceremony in Kamloops, BC by Tk’emlúps Nation Chief Rosanne Casimir. Instead of attending, Trudeau opted to vacation in Tofino, BC.

Trudeau was invited by Casimir on two occasions to visit the community, which is only hours away from where he was vacationing with his family.

Trudeau eventually visited the Tk’emlúps te Secwe̓pemc Nation weeks after and apologized for his ill-advised trip.